In the past 10 years there’s been no real improvement in the representation of Black people in academic chemistry, with Black chemists being lost at ‘an alarming rate’ after a first degree. Black and Asian students are less likely to go to a Russell Group university than their white peers and are more likely to be unemployed than to study afterwards, according to an analysis by the Royal Society of Chemistry (RSC).

Launching a plan to tackle racism and discrimination in the chemical sciences, RSC chief executive Helen Pain said ‘we have acknowledged some of these issues in the past, but we have not confronted them head on. We have not explicitly called out racism in science for what it is. And we have not challenged our community and ourselves to properly address our own biases.’ But that, she added, is about to change. 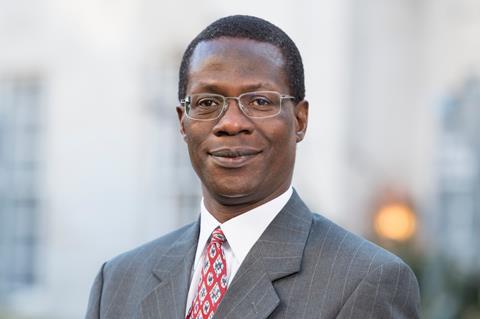 Robert Mokaya, professor of materials chemistry and pro-vice chancellor at the University of Nottingham – who since 2008 has been the UK’s only black professor of chemistry – said he hoped that ‘presented with the data and evidence that there will be no more excuses from within the community for anyone to not address the ratio of ethnic inequalities that exists in chemistry’.

Problem across the board

Underrepresentation runs across all senior levels in academia, with principal investigators (PIs) from minority ethnic backgrounds less likely to win research funding, while those who succeed get less – £320,000 compared with £355,000 for white PIs. Regardless of ethnicity, women are lost to chemistry at all stages of progression, but the trend is particularly noticeable for Black women who make up just 16% of Black non-professorial staff.

Scientists who contributed to the RSC report also described a lack of opportunity and networks to enable progression, as well as self-doubt. At conferences, Bhavik Patel, professor of chemistry at the University of Brighton, said other speakers often gave him their USB sticks to upload presentations, assuming he was IT support. ‘It makes you reflect on why do they see me differently, why am I not being considered in the same context as other people who are on this platform to present?’

Mokaya said interviews with chemical scientists in both industry and academia revealed recurring themes at each stage of career paths. These included the lack of relatable role models, limited careers guidance and support, together with a ‘homogenous way of thinking’ that excluded those who are different.

‘It’s clearly ingrained in the system. There are lots of little rules, which somehow incrementally add up to create this systemic bias. It’s not just against Black people, but lots of marginalised groups can testify to a similar thing,’ says Mark Richards, a senior teaching fellow at Imperial College London. ‘This is part of a broader issue. Whatever solutions you want, they need to be embedded in such a way that you will see generational change.’ 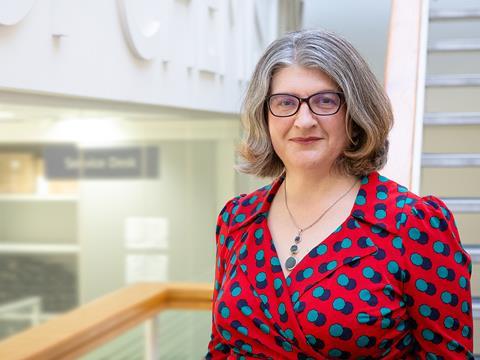 Helen Pain, the RSC’s chief executive, vowed that the society would do more to tackle prejudice in the chemistry community

To push for that, the RSC will commit an initial £1.5 million to create a race and ethnicity unit that will provide large grants to increase representation and progression of chemistry students from ethnic minority backgrounds. It will bring together other stakeholders and partners with employers including Unilever, BASF, GSK and Johnson Matthey to provide mentors, and paid work experience; launch a five-year pilot mentoring scheme for A-level students to help them make the transition from school to a chemistry-focused degree; and proactively increase representation of people from Black and other minority ethnic groups on its boards and committees.

Being one of only three Black students in a department of 400 ‘is something that weighs you down’, says Sandile Mtetwa, a PhD student at the University of Cambridge. ‘If the culture is not in any way conditioned for someone like you … it just becomes a bit hard, you sort of start questioning whether you actually belong in a certain place, because you’re just one of very few.’

She thinks funding is key. Mtetwa came to the UK on a scholarship from the Gates Foundation and finds many of her peers are funded by international scholarships not available to Black British students. ‘It’s difficult for them to get funding to do postgraduate studies, I think that’s why they then opt to go to industry.’ Others, she adds, have not been supported by their supervisors to go beyond PhD.

Richards welcomes programmes of mentoring and sponsorship to ‘demystify’ what is an opaque career route. ‘Between PhD and lecturer, it could be anything from three years to 15 years. That’s the reality [and] in itself, makes it hard to know how best to plan and position yourself career wise.’

But to get PhDs, means reaching back into the school system. ‘[The RSC] don’t have to put on lots of special programmes for young people but it’s about raising awareness of the opportunities, raising aspirations. If people from marginalised groups are able to see themselves in these positions at an early age, then they already have this long-term view of what they could be [before they get to A level].’