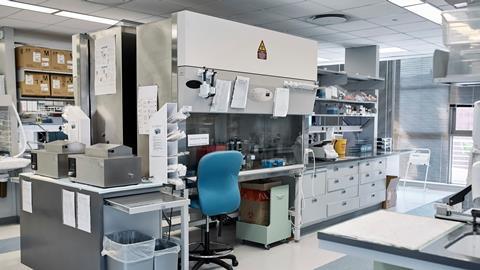 The latest diversity figures from the Engineering and Physical Sciences Research Council (EPSRC) reveal a mixed picture. While some ethnic minorities are not yet as successful as their white colleagues in winning grants and are not as well-represented on peer review bodies, others have made up ground.

The EPSRC compares its figures against data from the Higher Education Statistics Agency (HESA) that show the proportion of ethnic minorities in engineering and physical sciences in higher education. In 2018–19, 73% of researchers were white and 21% were ethnic minorities with the remainder ‘unknown’. In all, Asians (excluding Chinese) made up 8%, Chinese 7%, other 3%, mixed race 2% with Black researchers making up just 1% of academics in engineering and physical sciences.

The EPSRC’s report reveals the awarding of grants to researchers broken down by ethnicity. It shows that Black academic principal investigators (PIs) who won awards were too few in 2018–19 to register (less than five), a pattern that has repeated since 2014–15, with the exception of 2016–17. The award success rate for Black co-investigators was 42% in 2018–19 rising from zero in 2014–15, fluctuating significantly over the past five years. The award success rate for white PIs and co-investigators were both 28% in 2018–19, compared with 38% and 37%, respectively, in 2014–15.

Award share by ethnicity in 2018-19 for PI, co-investigator and fellows, alongside the labour market share and HESA academic population, respectively

The most progress has been made in fellowships, albeit from a very low base. Ethnic minorities made up 24% in 2018–19, up from 10% in 2014–15. With numbers so low, tracking improvement is difficult. But in 2018–19, the award rate for white fellowships was 31% compared to 50% for Chinese, 31% for mixed race, 26% for Asians and numbers were too low to register for Black physical sciences researchers.

The EPSRC also found that while the proportion of ethnic minority researchers participating in peer review has increased, this is still not representative of the engineering and physical sciences academic population. The EPSRC selects most of its reviewers and panel members from its peer review college. However, ethnic minorities only represent 15% of the college, compared with 20% of researchers. Ethnic minorities now account for 8.1% of review panel members.

The EPSRC says it will take several actions including encouraging self-nominations to the college, engaging with senior management in universities and business to improve ethnic minority representation at all research career stages and is asking researchers to submit their views on diversity.

‘Without a major shift in policy, gaps [in funding streams] are unlikely to close anytime soon [although] we are starting to see some positive direction of travel in fellowships and membership of the peer review college,’ says Tanvir Hussain, a materials scientist and deputy director of equality, diversity and inclusion at the University of Nottingham.

Hussain recommends addressing conscious and unconscious biases in the peer review process urgently. ‘We can see from the data that ethnic minority academics submit a good number of proposals, but these are being rejected. Ethnic minority academics are also under-represented in panel membership and panel chairs.’ Other barriers to change include lack of mentors and role models, lack of access to research networks and poor university support. ‘Some of these issues run much deeper, and are embedded in the way institutions and research councils are structured. We have to address the structural barriers to close the grant-awarding gap.’

Mike Sulu, a lecturer in the department of biochemical engineering and co-chair of the race equality steering group at University College London, agrees the problem is selecting applications, not attracting applicants. ‘There is a lack of clarity about what is needed from a proposal, and that can be circumvented by having [supporters] with extensive research or grant-winning experience. There is always a little elitism around where research is conducted, and all these things combine to have an adverse effect. For example, there is an advantage being at a research-intensive institution, but they tend to be less diverse.’

Sulu says the EPSRC could impose more stringent equality rules on funding and focus more on researchers from known ‘diverse’ groups, even if they are from less research-intensive, smaller institutions or ‘lower’ down the career ladder. ‘There are many interventions that could be done, and data-driven approaches are key, but the easy, quick fixes will always start with inclusion.’