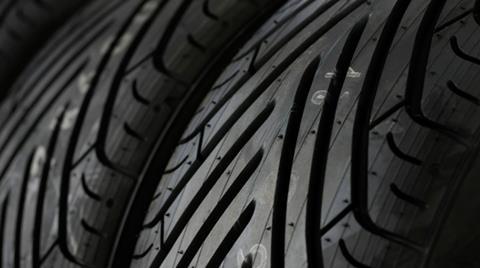 Researchers in the US have punctured the appeal of prohibited tyre softening agents, marketed to racing teams as ‘undetectable’, by releasing a method for identifying them. The technique has already detected banned substances in 10 of 71 real tyre samples from competitors in United States Auto Club (USAC) races.

Softened tyres offer drivers improved grip and handling, shaving valuable seconds from lap times. However, racing associations have long recognised the dangers of hydrocarbon- and plasticiser-based softening agents. These chemicals act by penetrating and degrading the rubber in tyres, which can create unpredictable weak spots, and many are potent carcinogens that are easily inhaled or absorbed through the skin.

Manufacturers often tout these banned products with the – hitherto accurate – claim that identifying them is impractical, if not impossible, due to the variety of treatments available and the difficulty in distinguishing spectroscopic signals of a treatment from those of rubber or other materials collected from the racetrack.

Now, John Goodpaster and co-workers at Indiana University-Purdue University Indianapolis (IUPUI) have dismantled claims that these tyre treatments are invisible to analytical methods. In collaboration with the USAC, they used a form of solid phase microextraction (SPME) to identify telltale compounds that would not ordinarily occur in the rubber tyres and matched them to those in popular tyre softeners.

‘Prior to our work, on-site physical measurements – combined with an inspector’s sense of touch – were the only way to detect tyre treatments,’ says Goodpaster. ‘Now, in the same manner as anti-doping agencies in athletics, the top finishers in a race must surrender their tyres for analysis and we can unambiguously determine if the rubber has been treated.’

The headspace SPME method is non-destructive, solvent-free, and easily automatable. It involves placing a sample of the tyre in a heated compartment, in which a single adsorbent-coated fibre is suspended. Volatile compounds, such as those in softening treatments, leave the tyre sample at an appropriate temperature and preferentially bind the coated fibre. Gas chromatography separates the compounds on the fibre before they are analysed with mass spectrometry and compared with a catalogue of spectra of treatments collected by the USAC.

‘This is a good application of SPME,’ comments Janusz Pawliszyn at the University of Waterloo in Ontario, Canada, who invented SPME. He emphasises the suitability of the technique for this purpose, because it provides the ‘opportunity to perform measurements on-site’.

Goodpaster says ‘the community of racers has already taken notice of this capability’ and that ‘overall, this has raised the integrity and fairness of the racing competitions, which is exactly what the USAC was seeking.’