Reliance on numbers for funding threatens to stifle UK science

Putting all your eggs in one basket and funding research at only top performing universities is a recipe for stagnation, according to a new report. For the UK to sustain a flexible science base then assessments, such as the Research Excellence Framework (REF), need to recognise the value of research diversity. This will give the UK the ability to respond to rapid changes in the research environment. 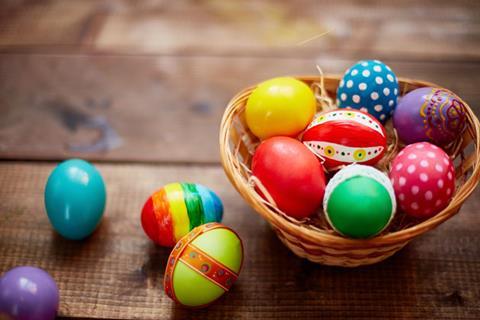 Research assessment is usually a retrospective analysis of historical data such as grant income, publications or citations. But the report compiled by the science policy research unit at the University of Sussex, UK, and technology company Digital Science claims this is a ‘very limited perspective’ for policy and investment. ‘Awarding more funds to institutions and teams that did well last year is a safe bet only so long as next year looks similar,’ the authors state. ‘The taxpayer should rightly be assured that significant investment supports current policy priorities, but without curiosity driven research identified by researchers themselves we will soon be mining worn-out seams.’

Jonathan Adams, chief scientist at Digital Science, is concerned that UK research policy is led increasingly by numbers rather than by expert, informed advice, and without reference to the research base as a whole. ‘The REF formula pushes money to the top end – which has led to funding being over-concentrated on a small number of large centres of excellence – and to the bottom end to maintain a minimum level of research funding. This leaves the mid-range universities increasingly stretched. But if we starve the mid-range then we will have real problems in the future.’

Structural diversity, says Adams, is a key factor in supporting excellence and allowing the research base to respond flexibly when priorities change and opportunities appear. This capacity comes from maintaining a broad range of disciplines, varied means of support and a diverse mix of research institutes. ‘[Diversity] has been criminally understudied and undervalued, but it is the substance that forms our ability to tackle innovation,’ he says.

The problem is that diversity is tricky to define and even trickier to quantify. ‘You can’t get one single, simple measure; it’s complicated,’ Adams admits. But the report suggests that efforts should be made to analyse and measure research diversity.

Meanwhile, Adams would like to see the research community examining diversity and what it means for them. ‘Bodies such as the Royal Society of Chemistry and the Royal Society need to feed into policy debates and lift them above metrics,’ he says. ‘There needs to be a lot more lobbying and [these bodies] should be more blunt in their politics, making clear statements about what is needed in their sector. Chemists are the only ones who can interpret properly what is happening in chemistry research, and then inform policymakers.’

Alison Rodger, head of the department of chemistry at the University of Warwick, UK, says: ‘Metrics, REF, etc all have a place but REF certainly costs more in effort than it delivers in its current format.’