Scientists in Germany have revealed a revolutionary new support for catalysts – cloth. They succeeded in permanently securing organocatalysts onto nylon using ultraviolet light, without any need for chemical modification. 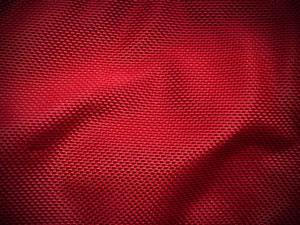 Textiles have been used as a solid support for nanoparticles, but not as a general support for organic compounds in selective catalysis. Three organocatalysts – a Lewis basic, a Bronsted acidic and a chiral organocatalyst – were immobilised on the textile and showed excellent stability, activity and recyclability.

‘Organic molecules are well known to be attachable covalently onto a solid support without leaching,’ says study author Benjamin List of the Max Planck Institute in Mulheim, but the resulting catalysts are often not very active, their selectivity can be low and sometimes unstable. List says it is surprising that textiles have been overlooked, as they offer a cheap and abundant base for heterogeneous catalysts.

Most significantly, the catalyst could be recycled up to 300 times and only at the end started to lose some selectivity, List notes. ‘This to my knowledge has not been done with an organic catalyst on any heterogeneous material,’ he adds. ‘People recycled 10 times maybe, but that you can do this several hundred times is unheard of.’

The method takes the organic molecule and mixes it with commercially available textile. ‘It seems radicals are formed on the surface of the textile [after UV irradiation] and then the organic molecule has a functional group which the radical can engage with in a reaction,’ List explains. ‘The covalent bond that results we think is a carbon–carbon bond. It is extremely stable and very hard to cleave, so this is essentially irreversible and there will never be leaching.’

‘There could be applications in the pharma and in the fine chemicals industry,’ adds List. ‘We are also thinking about other more creative applications,’ where you incorporate catalysts in items of clothing. Perhaps you could utilise sunlight to produce energy in your jacket, and then use it to recharge your cell phone. ‘We are chemists, not material designers, but in principle there are many applications for this material.’

Ramon Rios Tores, organic chemist at the University of Southampton, says the group has developed ‘an awesome strategy’ which is a huge advance for organocatalysis as well as organic chemistry. ‘I am just astonished at how clever and amazing this new supported organocatalyst is. I see a brilliant future for [it] in the chemical industry.’

He adds: ‘Nylon as a support has a lot of advantages, such as being cheap and convenient. But what more amazed me are the results that they obtained: extremely good enantioselectivities and recyclability.’ Tores believes the new type of supported organocatalysts will probably replace the polymeric resins used until now, such as the Merrifield resin, due to the low cost and availability of nylon.