‘Unequivocal’ proof that tramadol found in the soils of northern Cameroon is synthetic, rather than produced by the plant Sarcocephalus latifolius, has been found by researchers in Germany and Cameroon. Accelerator mass spectrometry shows that the carbon in tramadol present in soils and rivers has no radiogenic component, suggesting it was manufactured from fossil fuel precursors rather than atmospheric carbon dioxide. 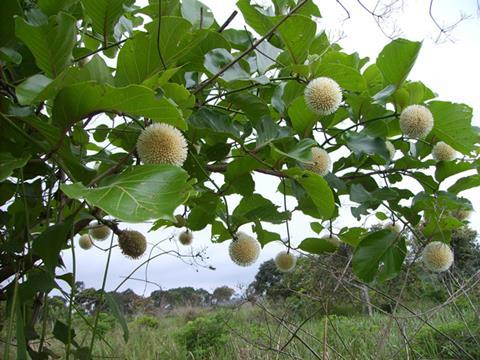 Some researchers have suggested that Sarcocephalus latifolius produces tramadol, while others argued that it might be a

In 2013, neuroscientist Michel de Waard and colleagues at Joseph Fourier University in France used high-performance liquid chromatography on extracts of S. latifolius root, which is used in traditional African medicine to treat a variety of ailments, including pain. They discovered tramadol, a synthetic opiate developed in the 1960s, in the extracts and claimed that the plant was making it.

In 2014, however, Michael Spiteller of the Technical University of Dortmund and colleagues in Germany and Cameroon found trace amounts of tramadol, as well as several mammalian metabolites, in water and soil samples in northern Cameroon, as well as other unrelated plants growing in the soil, suggesting the tramadol was a contaminant. The drug can be purchased cheaply on market stalls, and farmers often administer it to their cattle and take the drug themselves to help them withstand the hot weather. The controversy was reignited this summer, however, when two papers inferred a plausible biochemical pathway for tramadol synthesis and demonstrated that a key step could occur under physiologically relevant conditions. 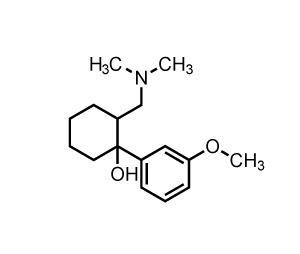 The snthetic opiate tramadol was developed in the 1960s

However, Spiteller and colleagues now believe the isotopic analysis provides unambiguous evidence that this pathway is incorrect and that the tramadol is synthetic. They found only one root containing enough tramadol for analysis, and this was contaminated with multiple other synthetic compounds containing radiocarbon, making reliable conclusions impossible. However, the tramadol in soil samples, like tramadol in pills purchased from a market stall, contained no trace of the radionuclide carbon-14. This would make no sense, the researchers say, if the tramadol were produced by a plant, because the carbon would have come from atmospheric carbon dioxide, which would have contained a small percentage of carbon-14. This is what would be expected, however, for synthetic tramadol, which is derived from fossil fuels and any carbon-14 would have decayed long ago. The researchers also found high levels of tramadol in the water in urban areas, even where there were no trees.

The team also conducted tests on lab grown S. latifolius, and found that they did not produce tramadol, even when fed with one of the hypothetical precursors in the proposed biosynthetic reaction scheme. ‘Our conclusion is very sound, I think,’ says Spiteller. ‘The tramadol is synthetic.’ Cedric Pearce of the research company Mycosynthetix agrees, describing the research as ‘pretty thorough’ and ‘very convincing’.