Plans for the UK’s first commercial scale carbon capture and storage (CCS) power plant have been shelved. The energy secretary Chris Huhne confirmed that the CCS scheme at the Longannet coal power plant in Scotland would not go ahead, dealing a serious blow to future CCS plans.

Huhne told parliament that the decision to withdraw government support was a reflection on the viability of the Longannet project. He blamed technical problems, including difficulties creating a pipeline to link up the power plant with the sequestration site in the North Sea, for the coalition government’s loss of interest. He went on to reaffirm the government’s commitment to CCS and said that ?1 billion will be available for a future plant.

The decision to scrap the scheme did not come out of the blue. News reports claimed that ScottishPower, which was leading the CCS consortium, was rumoured to be seeking more money to push ahead with the plans. The Department of Energy and Climate Change, which is charged with overseeing CCS projects, said that its decision ’balances the UK’s low carbon ambition with the need to ensure taxpayer’s money is invested in the most effective way’. 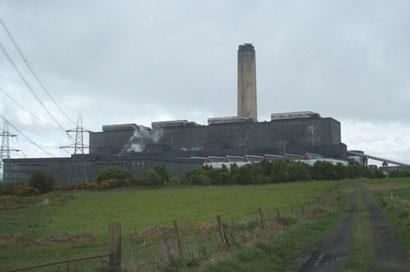 Alex Walker, a research assistant at the centre for environmental policy  at Imperial College London, UK, says that despite the Longannet project being pulled, the ’door is still open for CCS plants in the UK’. Slavina Georgieva, a doctoral researcher in CCS, also at Imperial, says that what’s happened to the scheme isn’t all that unusual in the present climate. ’What you have is that the private sector is very cash poor at the moment,’ she says. She adds that this problem is compounded by a lack of regulatory vision. This means that companies investing in CCS face questions over long term stewardship of sequestered CO2 that are perhaps matched only by the nuclear industry’s responsibility for radioactive waste. Walker agrees and says that while insurance to cover CCS liability is still a fledgling industry, it is likely to be hammered out in the next few years. However, he doesn’t expect to see a commercial scale CCS plant in the UK for at least seven years.

Longannet is the third largest coal-fired power station in Europe, and the second largest in the UK, and has a generating capacity of 2400MW.

The pilot project at Longannet, which investigated the viability of CCS at the site, began in June 2009. It used amine solvents to scrub CO2 from flue gases, and trialled three different solvents to test their effectiveness at capturing the gas. The CO2  was then extracted from the amines by heating and sequestered in an old North Sea gas field.

ScottishPower said that the knowledge gained during the pilot phase of the CCS scheme would not be wasted. ’As a result of the study we now understand how the CCS process works from power station to storage site,’ said Hugh Finlay, ScottishPower’s generation director in a statement. ’All of this information will be made available through DECC’s knowledge transfer programme and will be of enormous benefit to other CCS developers and stakeholders.’

Responding to the government’s decision to pull out of Longannet, the Carbon Capture and Storage Association (CCSA) said that developers remained ’bullish’ about the success of future UK CCS projects. ’Out of thirteen projects submitted for European funding, seven were from the UK compared to one each from other member states,’ the CCSA said in a statement. The coalition government has committed to funding four CCS plants.