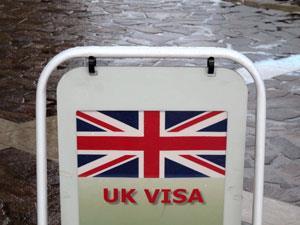 The UK's tough immigration rules are putting off top scientists, it has been claimed

While prime minister David Cameron was away promoting the UK to Indian businesses and students, his stance on immigration was coming under increasing fire at home. The government’s flagship policy to attract top scientists has so far failed to deliver results and proposals to place further restrictions on skilled migrants have come under fire from scientists and migration experts alike. There is also growing concern that the coalition’s focus on reducing migration risks harming the country’s economic recovery.

The Tier 1 ‘Exceptional Talent’ scheme was introduced in August 2011 to allow world leaders in the sciences and the arts to work in the UK. Applicants must be endorsed by one of the four ‘competent bodies’ participating in the scheme, including the Royal Society and the Royal Academy of Engineering. Endorsements are limited to 1000 each year.

However, figures released by the UK Border Agency (UKBA), which is responsible for immigration controls, show that only 73 visas had been issued in the first year of the scheme, of which 21 related to dependents. Furthermore, Paul Nurse, president of the Royal Society, confirmed on BBC Radio Four’s Today programme that a ‘negligible’ number of scientists had applied to his organisation for endorsement. He also expressed concern that tough immigration rules mean that foreign scientists ‘no longer feel they are welcome’ in the UK.

Chancellor George Osborne, speaking on the same programme, responded that the visa system remains open to talented foreigners, though admitted that there is a tough balance between having a robust approach to immigration and encouraging the world’s best scientists to settle in the UK. ‘It’s important that the government gets public confidence in immigration control,’ he said. ‘But immigration control should not keep out the brightest and the best from the world.’

According to the UKBA, it is also likely that many of those who could take advantage of the ‘exceptional talent’ scheme are entering the country through other routes, such as with the sponsorship of the university at which they are to work. Applicants for entry under the ‘exceptional talent’ scheme must demonstrate that they are an active researcher in a relevant scientific field, but are not required to have a specific offer of employment in the UK.

Meanwhile, the government’s own advisory body on migration has warned the Home Office that its proposals to introduce a ‘sunset clause’ on a key list of in-demand skills could damage the science and engineering sector. The Shortage Occupation List (SOL) sets out strategic skills gaps in the UK workforce and is one of the main routes skilled foreign workers enter the country. It is designed to allow migrants to fill crucial gaps while the government takes action to develop the necessary skills in the domestic workforce. Occupations on the list include chemical engineers and secondary school science teachers.

The Home Office had proposed that occupations be removed automatically from the list after two years. However, the independent Migration Advisory Committee (MAC) issued a report this month cautioning that such an approach would be unwise. ‘We believe that immigration via the shortage occupation list should not be used as a substitute for investing in British human capital. But equally we conclude that an automatic sunset clause, particularly after a duration as short as two years on the shortage occupation list, would be a disproportionate response,’ the report stated.

The move also came under fire from the Campaign for Science and Engineering, which had earlier sent a letter to the immigration minister, Mark Harper, warning of the dangers of the proposal. The letter, which was supported by over 20 senior individuals and institutions from across the science and engineering community, expressed concern that the sunset clause did not allow enough time for the UK to respond to skills shortages.

‘The skilled immigrants in these occupations help drive economic growth in sectors such as aerospace, pharmaceuticals, process industries and others,’ the letter stated. ‘They keep Britain’s lights on by working in our nuclear industry. They save lives in our hospitals, and they educate our children. We appreciate that the government wishes to accelerate progress towards self-sufficiency towards the UK for such skills. However, two years is simply far too short a timescale for even beginning to address structural problems with the UK’s workforce.’

The government’s focus on bringing net migration down from more than 200,000 to ‘tens of thousands’ a year by 2015 has also drawn fire from critics, who say that it is a ‘blunt instrument’ that risks harming the country’s economic recover. ‘The net migration target is leading to bad policy decisions,’ says Sarah Mulley, associate director of the Institute for Public Policy Research think tank. ‘It is keeping out migrants who make a significant economic contribution and are not the focus of public concerns.’