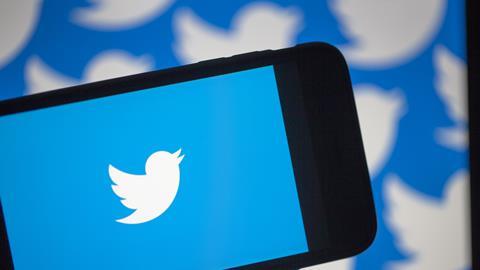 UKRI finds itself in hot water too over Researchfish cyberbullying row

Nearly a month after the research impact-tracking service Researchfish faced a backlash on social media for apparently cyberbullying academics who criticised the company’s service, the UK’s main research funder, UKRI, has acknowledged that it encouraged Researchfish to share intimidating Twitter posts from university researchers with it.

‘Following some abusive tweets in 2018, UKRI and Researchfish staff discussed sharing abusive, threatening or offensive tweets so that UKRI could suggest the senders reconsider their language,’ the agency explained in a 19 April statement.

The intent, UKRI explained, was to protect colleagues who were ‘impacted by abuse’, and at no point was this strategy ever intended, or used, to inform current or future grant decisions. The agency said it has identified six incidents of Researchfish flagging such tweets over four years. ‘We have stopped this approach with immediate effect and recognise that it was the wrong thing to do,’ UKRI said. ‘We understand that this has raised questions around personal data.’

The contentious messages from Researchfish’s Twitter account, which appear to have begun around 1 March, said: ‘We understand that you’re not keen on reporting on your funding through Researchfish but this seems quite harsh and inappropriate. We have shared our concerns with your funder.’

Researchfish was first adopted by the UK research councils about eight years ago as a harmonised outcomes collection system, and the higher education technology company Interfolio supplies and supports the system. But now UKRI said it has made it clear that any tweets of concern to Researchfish can be dealt with by Twitter.

‘We apologise for our approach and actions on this issue, and the concern this has caused,’ UKRI stated. ‘We believe that all staff have the right to work free from abuse, bullying or threat. We recognise the right of people to criticise an organisation or system without fear of reprisal.’

Andre Cobb, an organic chemist at King’s College London, who was appalled by what he described as Researchfish’s clearly threatening tweets towards academics who question its processes, says he welcomes UKRI’s ‘clarification and contrition’. Cobb emphasises that he completely understands the importance of having a way of monitoring the outputs of publicly-funded research and that he certainly wouldn’t condone any ‘abusive, threatening or offensive tweets’ towards anyone.

‘It’s damaging that the link between UKRI and Researchfish was used in this way,’ says Robert Insall, a professor of mathematical and computational cell biology at the University of Glasgow. ‘It harms UKRI two different ways: one by breaking trust between the organisation and its researchers, but also by obstructing any responses to the way it does business, and thus making it far more difficult for them to improve its processes. I’m very glad it’s been unearthed and stopped.’

‘It’s not, however, that shocking,’ Insall adds. ‘The relationship between funders and scientists (generally – in the UK and globally) has been tending to get more authoritarian over the past few years; this is just a particularly discordant example.’

Insall says that what did shock him was the detail in the response. ‘UKRI’s apology justifies the link as protecting colleagues and addressing “abusive, threatening or offensive tweets” but there’s no evidence there were any. The messages that were shut down seem to have been legitimate complaints, and the only people who were threatened and abused were the researchers… I wish there had been a statement that UKRI welcomed constructive criticism.’