Maybe Neanderthal isn't such an insult after all 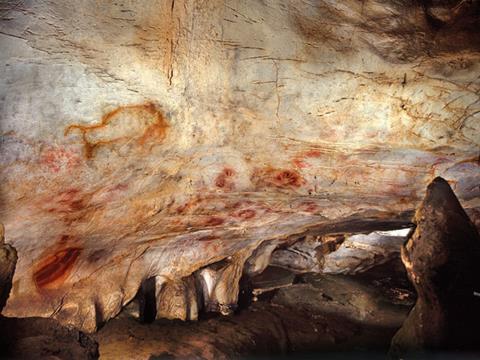 Palaeolithic cave art is one of the earliest indicators of human culture, but dating the art and, therefore, putting it in context has been difficult. Now, a team led by Alistair Pike of the University of Bristol, UK, has used uranium-thorium dating to analyse the art found in 11 caves in the north of Spain. Their findings, published in Science, suggest that the art was made by the very earliest humans 40,000 years ago, at a time when Neanderthals still occupied the area.

The researchers used U-Th ratios to date calcite deposits that overlaid the artwork to calculate a minimum age of the cave paintings. As humans are only thought to have migrated to Europe a little over 40,000 years ago it is likely that early humans brought their artistic skills with them from Africa or, perhaps, that the earliest, simplest artworks were in fact those of Neanderthals.