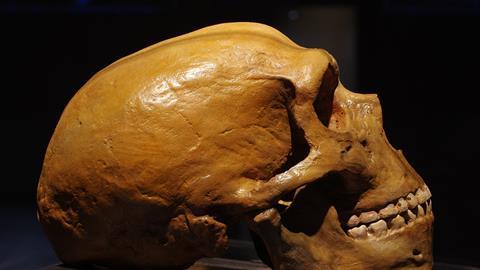 Neanderthal bones from the Vindija cave in Croatia have been dated using an a more reliable radiocarbon dating technique, which has suggested they are more than 40,000 years old. Previous dating put the bones at around 28,000 years old, which raised the possibility they belonged to a late-surviving group of Neanderthals that may have overlapped with – and interacted or even mated with – modern humans. Early human bones of a similar age have also been found at Vindija, as have mid-Palaeolithic tools and other archaeological artefacts.

A team led by Thibaut Devièse at the University of Oxford, UK, used HPLC to extract and isolate the amino acid hydroxyproline from the collagen in Neanderthal bone samples for carbon-14 dating. The scientists say this method is more reliable than just using the collagen because there is a smaller chance of high molecular weight contaminants, which may crosslink to the collagen over time, being included in the sample.

This technique put one Neanderthal bone at 46,000 years old, consistent with many other samples across Europe. A Vindija bone sample from the remains of a modern human was dated at around 29,000 years old. Therefore, the researchers argue, the different bones’ presence at the same site is probably due to the remains getting mixed up after death, rather than their owners interacting when alive.