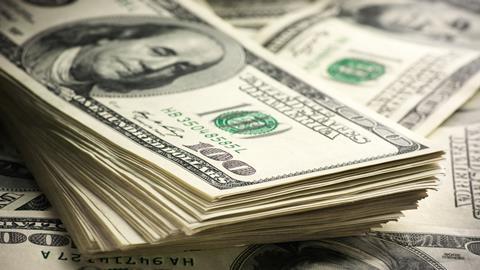 Congress might punt funding decisions for 2017 into the new year, worrying the science community

In the aftermath of the US presidential election, the research community urged Congress to finalise the budget for the 2017 financial year during the so-called ‘lame-duck’ session between administrations, but this now looks increasingly unlikely.

Since the fiscal year began in October, the US’s federal government – including its science agencies – has been funded under a continuing resolution (CR) that keeps things ticking along at last year’s funding levels. Rush Holt, a former congressman and current chief executive of the American Association for the Advancement of Science (AAAS), has joined others in pointing out that the appropriations bills already passed by Congress, which may now be abandoned, would increase federal R&D funding.

The legislation approved by the House of Representatives would increase federal R&D funding by about 2.1% over 2016 levels, and the Senate version would raise it by 3.2% – slightly above the rate of inflation, Holt noted. The two funding bills would need to be negotiated and merged before the final 2017 appropriations can be signed off by President Obama.

However, the chairman of the House Appropriations Committee, Hal Rogers, announced on 17 November that the House and Senate leadership will pass another CR lasting until the end of March 2017, rather than approve the 2017 appropriations bills. ‘While I’m disappointed that Congress is not going to be able to complete our annual funding work this year, I am extremely hopeful that the new Congress and the new administration will finish these bills,’ Rogers stated.

The current CR funding the government expires on 9 December, and extending it as proposed would give Republicans significant leverage over the 2017 appropriations. They will control the White House and both chambers of Congress after Donald Trump’s inauguration.

The research community has cautioned that such a CR could disrupt the science agencies and is less than ideal for funding continuity. ‘CRs can be a challenge for science agencies because whatever the final funding, it is common for agencies to be more conservative under a CR because they don’t know what they are going to get in the final appropriations,’ says Matt Hourihan, who directs the AAAS’s science and budget policy programme. ‘That can mean delays and reductions in expenditures and … in new research awards.’

Further, Hourihan points out that a CR lasting until the end of March would mean that almost half of the fiscal year will be over before research agencies know how much they will receive. ‘That is a pretty significant amount of uncertainty that can have a ripple effect on the science community outside of the agencies,’ he warns.

However, the new CR is not a done deal because the Senate has yet to sign off. A spokesperson for Senate Majority Leader Mitch McConnell tells Chemistry World that discussions about how to fund the government in 2017 are ongoing.