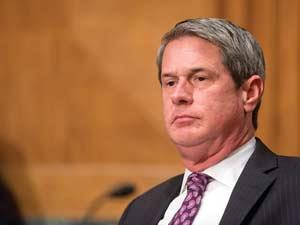 There have been increasing calls for reform to the US’ main statute governing chemicals policy – the Toxic Substances Control Act (TSCA) – which has barely changed since its enactment in 1976. Despite recent progress, a divisive political fight has led to legislation grinding to a halt once more.

On 18 September, Senator Barbara Boxer, a Democrat from California who chairs the Senate environment committee, revealed details of a TSCA proposal under development by Senator David Vitter, the top Republican on her committee. Issuing a stinging critique of the legislation she also released a counterproposal that she said would better strengthen the current law and protect public health.

Boxer stated that Vitter’s TSCA proposal ‘falls short’ on the changes needed to improve the law. For example, she said that it would take at least seven years before even ‘a tiny fraction’ of the chemicals of concern are reviewed.

Instead, Boxer offered an alternative reform bill that would, for example, increase the minimum number of chemicals to be identified by the US Environmental Protection Agency (EPA) as high priority. By comparison, the Vitter draft apparently only requires 10 chemicals to be considered.

A history of problems

TSCA has been heavily criticised in the past because it does not require chemical companies to test the toxicity of the approximately 700 new chemicals brought to market each year. One of the biggest problems with the law is that the EPA has to prove a chemical poses an ‘unreasonable risk’ to public health or the environment before it can be regulated. Many, including the congressional Government Accountability Office, have called for the law to be strengthened by shifting the burden of proof to the chemical industry.

There has also been a push for TSCA to be amended to provide the EPA with the authority to obtain health and safety information from the chemical industry. Since TCSA’s establishment more than three decades ago, the EPA has only required testing for about 200 of the 84,000 chemicals that are in the TSCA inventory. Of the 22,000 chemicals introduced since 1976, the agency has regulated only five.

Boxer’s proposal intensifies the criteria for labelling a chemical as low priority, and it also tightens the description of the kinds of information companies can withhold by claiming them as ‘confidential business information’.

Sources say tensions had been brewing between Vitter and Boxer during negotiations in recent weeks, but Vitter appeared surprised and angered by Boxer’s actions. ‘I’ve worked for over a year on bipartisan negotiations in good faith. In contrast, Senator Boxer has released my confidential proposal to the press without my consent,’ Vitter said. ‘That speaks for itself – it’s not a good faith effort to reach consensus then pull a temper tantrum through this press stunt.’

In fact, Democrat Tom Udall had worked for over a year with Vitter to craft changes to his original legislation to amend TSCA to establish an ‘evaluative framework’ for chemical risk assessment by making it friendlier to public health and environmental groups. The two were reportedly close to a deal before the current fight broke out.

In 2013, the late Democratic Senator Frank Lautenberg worked with Vitter to introduce the first-ever bipartisan TSCA reform bill. Industry representatives were largely enthusiastic, but environmental and public health groups said Lautenberg had made too many concessions. However, Lautenberg passed away only weeks after that legislation was introduced and Udall took over Democratic leadership on the bill.

Luke Bolar, a Vitter spokesman, told Chemistry World that Vitter will revisit his legislation after the election in November. However, Vitter could quit the Senate at the end of this year as he is running for governor of Louisiana in 2015.

‘That would significantly change the prospects for TSCA reform in the next Congress,’ says Matthew Shudtz, a policy analyst at the Center for Progressive Reform in Washington, DC. ‘There doesn’t seem to be somebody on the Senate side that has been such a strong supporter of the chemical industry,’ he adds. ‘The chemical industry will need a new champion.’

A spokesperson for the American Chemistry Council, Anne Kolton, says the trade group is ‘very disappointed that the negotiations and the progress broke down’. Kolton says there was a chance for a ‘major breakthrough’ on TSCA, however a ‘small but very politically powerful group of people derailed it’. But she states that ACC is still ‘very optimistic’ that Vitter’s bill will move in the next Congress.

Meanwhile, the Natural Resources Defense Council’s spokesperson David Goldston said the draft developed by Vitter and Udall represents a ‘significant improvement’, but still has ‘fatal flaws’. In particular, he is concerned that the proposal would still allow the EPA to exempt large numbers of chemicals from both federal and state regulation ‘unilaterally, sweepingly and with little analysis’.

Jim Aidala, a government consultant for Bergeson and Campbell based in Washington, DC, says the immediate prospects are dim. ‘Stick a fork in it for this session,’ states Aidala, who once served as the senior EPA official for pesticide and chemical regulation. Nevertheless, he suggests that the proposal developed thus far by Vitter and Udall represents a significant starting point for a discussion next year. ‘It’s got an approach that has a little more potential, if people want to take it up next Congress,’ Aidala says.