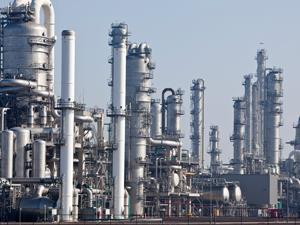 The TSCA regulates chemicals used in everyday products in the US

Agreement has finally been reached on how to overhaul the 40-year-old law that governs US chemicals policy after several false starts. Key Democrats and Republicans arrived at a compromise measure that was unveiled yesterday. The proposal is expected to pass both chambers of Congress imminently, and head to President Obama’s desk for signing before the end of the month.

This legislation to update the Toxic Substances Control Act (TSCA), which originally passed the House by near unanimous consent in June 2015 and cleared the Senate in December 2015, is the product of three years of intense negotiations between a key group of Democratic and Republican lawmakers.

The new TSCA rewrite would require the US Environmental Protection Agency (EPA) to restrict the use of any chemical that the agency finds to present an unreasonable risk. Certain exemptions are available for substances deemed essential to national defence, for example, according to a summary of the deal released.

Overall, the bill gives the EPA the authority to immediately begin a risk evaluation of any chemical it designates as high priory, such as asbestos. It also requires up-front substantiation of industry claims that disclosure of confidential data could damage a firm’s business and mandates that so-called ‘confidential business information’ protections expire after 10 years unless renewed.

In addition, the measure also authorises the EPA to conduct testing to determine whether a chemical should be a high priority for a safety review. Decisions made by the EPA will pre-empt existing and future state laws to restrict chemicals, in order to create uniform regulations. The agreement also specifies that if the EPA fails to follow through with plans to regulate a chemical within a three-and-a-half year period, then states are free to act.

An environmental and political ‘triumph’

‘This is a major environmental reform, it’s a major triumph of bipartisanship,’ said one of the bill’s key authors, Democratic senator Tom Udall, at a 19 May press conference outside the US Capitol in Washington, DC. Republican senator David Vitter, who co-authored the legislation with Udall, called it ‘the first major statutory environmental law’ passed in the US in over 25 years, and he predicted that it will be signed into law the week of 23 May.

The measure is headed to become law despite the fact that two key Democrats, Frank Pallone and Paul Tonko, withdrew their support for the bill on 17 May. They argued that it was weaker than current law.

However, a bipartisan group of Senate and House leaders announced just hours later that they were finalising TSCA reform. Those onboard included former bitter opponents on this issue – Senators Vitter and Barbara Boxer. Shortly thereafter, the EPA also released a statement of support.

‘The TSCA legislative draft that EPA has seen is a clear improvement over current law and is largely consistent with the administration’s principles for TSCA reform,’ an EPA spokesman said. ‘Critically, the bill would address the fundamental flaws that have hindered EPA’s ability to protect human health and the environment from chemical risks.’

Groups as varied as the Environmental Defense Fund, the US Chamber of Commerce, as well as the American Chemistry Council and the Society of Chemical Manufacturers and Affiliates (SOCMA) have backed the reform.

‘All signs are pointing to this moving forward,’ SOCMA’s Dan Newton tells Chemistry World. He says the bill has enough support in the House of Representatives and the Senate to pass. President Obama has signalled his intent to sign such a measure.

After the bill passes the House, the Senate is expected to take it up in very short order through a unanimous consent agreement, with very limited discussion on the floor and no amendments.