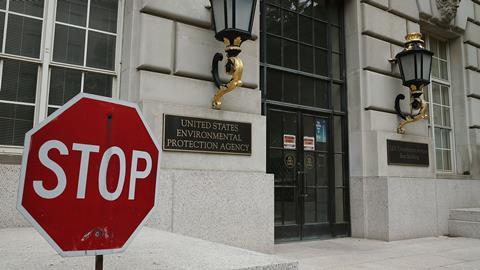 US environmental body ditches ban on grantees on advisory panels

The US Environmental Protection Agency (EPA) has put an end to its controversial policy, announced nearly three years ago by former administrator Scott Pruitt, to ban scientists who are funded by the agency from serving on its science advisory boards. The prohibition was heavily criticised by the scientific and environmental communities for weakening the scientific rigour of these committees instead of increasing their independence, but the EPA had argued that grantees sitting on such panels represents a conflict of interest.

The EPA has recently revealed that it has decided not to appeal a judge’s February ruling that threw out the Pruitt directive because the agency had failed to provide a ‘reasoned explanation’ for the policy change. The EPA said its decision not to challenge that judgment was made in light of a related ruling in April, which similarly concluded that the EPA had ‘failed to articulate any reason for changing its longstanding practice of permitting EPA grant recipients to serve on EPA advisory committees’.

The agency, however, has left open the possibility that it might revive the ban, possibly through a supplemental ethics regulation that would require the blessing of the US Office of Government Ethics.

Scientists and environmental groups celebrated the EPA’s decision. ‘I can only speculate as to why they decided not to appeal, but I can say I am happy they didn’t,’ says Deborah Swackhamer, a retired air pollution expert and former chair of the EPA Board of Scientific Counselors. ‘There is hope for future EPA boards to be objective and have the right mix of expertise. I suspect they have the board membership makeup they want and will leave it at that.’

‘It had become all too evident to the courts and the public that the EPA could not justify its policy as it was not ever intended to reduce conflicts on committees in the first place,’ says Genna Reed, a lead science and policy analyst at the Union of Concerned Scientists, which unsuccessfully challenged the EPA policy in a separate lawsuit. ‘From the start, this was a decision aimed at removing independent advisers and replacing them with those more likely to give input that would support the agendas of EPA political officials.’

Christine Todd Whitman, who led the EPA under former Republican President George W Bush and now runs a environment and energy consultancy specialising in government relations, calls the EPA’s decision ‘a significant’ development’. ‘They finally figured out that this was just the wrong way to move, and this was purposefully done quietly because they don’t want to admit to their staunch supporters that they have given up on this one,’ Whitman says.