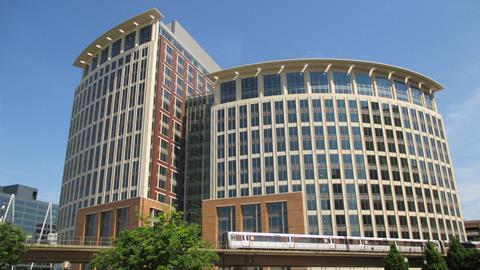 US science agency moves to crack down on IP theft

The US National Science Foundation (NSF) has initiated several policies to curb efforts by foreign countries to steal publically funded research and intellectual property through tools like talent recruitment programmes. The measures have been criticised by some academics who warn they could disrupt international collaborations.

The NSF policies are spelled out in a ‘Dear Colleague’ letter by the agency’s director, France Córdova. They are being introduced in response to heightened risks posed to US science and engineering by the theft of research by competitor nations, she said.

The letter re-iterates a rule introduced in 2018 that NSF rotators – or temporary programme directors – must be US citizens or have applied for US citizenship, to ensure that the agency is ‘applying consistent standards to all staff members’ who have access to sensitive information.

Córdova also announced that the NSF has issued a new policy prohibiting permanent and temporary personnel from participating in foreign government talent recruitment programmes such as China’s ‘Thousand Talents’ programme that aims to attract science and technology experts from western universities and research institutes. Links with such international initiatives could violate ‘ethical principles’ and also lead to inappropriate foreign influence on NSF policies, programmes, and priorities, including the integrity of the agency’s merit review process, Córdova said.

The NSF also sent a reminder to agency staff that government ethics regulations require accurate and timely financial disclosure reports and that these rules, which apply to career as well as rotator personnel at the agency, cover fees and gifts from foreign governments.

Córdova insisted in the letter that the agency’s values have not changed, saying: ‘What has changed is the scope and sophistication of the activities threatening our research community, such as certain foreign-government-sponsored talent recruitment programmes.’

Other US government agencies have also taken steps to safeguard taxpayer-funded research. For example, the Department of Energy issued a new directive in June prohibiting its scientists from participating in the talent recruitment programmes of countries designated as high risk, including China. Meanwhile, the National Institutes of Health has contacted more than 60 research institutions regarding a number of investigators who appear not to have disclosed significant financial ties to foreign entities.

In addition, the Pentagon implemented a policy back in March requiring grant applicants to disclose information about all the research projects that key personnel are working on, as well as any future support that individual has applied to receive, regardless of the source.

Researchers and science advocates in the US are expressing concerns about these efforts. The American Society for Biochemistry and Molecular Biology (ASBMB) is urging federal officials to ‘consider the unintended consequences that may result from the implementation of policies that signal a more restrictive and xenophobic US research enterprise’.

‘Of course the protection of federally funded intellectual property is important – these are taxpayer dollars that have been invested into the nation’s scientific enterprise, so it is vital that those dollars and the fruits of that investment are benefiting Americans first and foremost,’ says André Porter, a policy analyst at ASBMB. ‘But we want the agencies to be very measured in their approach … not barring students from particular countries, for example.’

Prominent US research universities like the Massachusetts Institute of Technology, Yale, Caltech, Johns Hopkins, Stanford, the University of Chicago and Columbia are also pushing back. Over the last few months, their presidents have issued statements supporting foreign students and scholars, and arguing that international scientific collaborations, particularly involving immigrants and visitors from China, are being disrupted by unprecedented scrutiny in the US.