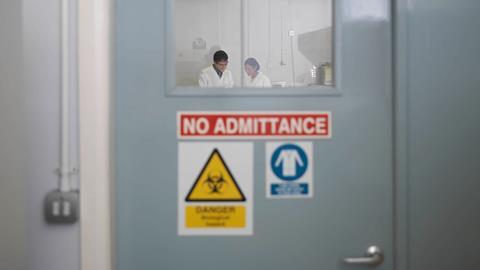 As US research universities and science funders take steps to prevent valuable technology and intellectual property being stolen by hostile foreign governments, White House science adviser Kelvin Droegemeier says he’s working to ensure that any guidelines or regulations are not too onerous.

‘For research security in particular, I can tell you that we’ve developed a policy for guidance to agencies that is really good,’ Droegemeier, who directs the White House Office of Science and Technology Policy, told the annual meeting of the American Association for the Advancement of Science (AAAS) in Seattle, US. ‘Let me just tell you, a year ago I was concerned about where it was going to land, because I thought it was pretty heavy-duty – it would increase burden and wouldn’t actually address the challenges,’ he recalled, noting that the forthcoming policy has since been retooled based on advice from academics and private industry.

Droegemeier’s remarks came after the arrest of Harvard University’s chemistry department chair Charles Lieber for allegedly hiding millions of dollars in funding from the Chinese government, and newer revelations that other top US research universities like Yale and the Massachusetts Institute of Technology (MIT) have failed to report billions of dollars in foreign money.

‘We are really looking at taking kind of a laser-focused approach to this – reinforcing some of the things that are already required and putting a little bit more vigilance in place,’ said Droegemeier, who previously served as vice president for research at the University of Oklahoma. ‘The one thing that we don’t want to do is build really tall fences around really big areas,’ he added. ‘That would hamstring our research enterprises.’

Norm Augustine, retired chairman and chief executive of Lockheed Martin who has served on the President’s Council of Advisors on Science and Technology under Democratic and Republican presidents, is worried. He tells Chemistry World that the problem appears to be confined to a few cases, and expresses concern that Congress will overreact and hamper the US’s research community. ‘Just because there are a few bad apples doesn’t mean that you throw out the whole barrel,’ Augustine warns.

As the White House works out its policy to protect American research, US universities are conducting internal checks. The University of California, San Diego (UCSD) has put in place an oversight scheme that includes random audits.

The university has a $1.4 billion (£1.1 billion) research portfolio, with the vast bulk of that money coming from federal funding agencies like the National Institutes of Health (NIH) and the National Science Foundation (NSF). UCSD’s chancellor Pradeep Khosla told the AAAS audience that such agencies could also randomly audit their research grants and contracts. ‘This is going to add to the bureaucracy, but … if we have to do this to follow the rules of this nation, we will do it – there are no two ways about it,’ he said.

Droegemeier noted that academic researchers in the US currently spend between 44% and 70% of their time on administrative tasks, and he cautioned that efforts to address research security issues could add to those burdens.

Espionage worries have led the NSF to hire its first research security chief, Rebecca Spyke Keiser, who will oversee coordination between the funder and the government on keeping US research secure. And the NIH has begun looking more closely at agreements with 80 research institutions that involve about 180 researchers, according to Jodi Black, deputy director of the agency’s Office of Extramural Research. ‘That is a small number of cases, in the context of the entire scientific enterprise, but they are doing some very egregious things and it normalises that bad behaviour,’ she said.

Black put the onus on research institutions to ensure that their scientists follow the rules. ‘We need to understand all of your sources of research support, not just the support that may be similar to the NIH award,’ she said. ‘We want to make sure we are also not funding people who have a conflict of commitment.’

She warns that China’s recruitment strategy for foreign experts, most famously its ‘Thousand Talents’ programme, comes with incentives like salary support, access to fully-equipped labs and research funding, and could present such conflicts. ‘There are often instructions not to disclose any information to your academic institution in the US, and there are often large requirements of time commitment that can be anywhere from two months to nine months [a year],’ Black continued. Frequently there are also requirements preventing the disclosure of any intellectual property developed in China, even if it was funded by a US government grant, she added.

Many experts inside and outside of academia agree that fundamental changes at US universities are needed. ‘For a long time now the universities have had a culture of “superstar researchers”, and in the past they have gotten away with a whole lot of bad things,’ said UCSD’s Khosla.

It remains unclear whether the high-profile cases that have come to light, such as that of Harvard’s nanoscience pioneer Lieber, represent isolated incidents or are just the tip of the iceberg, Droegemeier said. ‘Overall, our sense is that it is not a massive problem, but it is somewhat systemic,’ he said.

Pressure is now mounting on top institutions. In February, the US Department of Education uncovered more than $6.6 billion in unreported foreign gifts from countries such as China, Saudi Arabia and the United Arab Emirates that date back to 1990. Ten universities – including Yale, MIT and Cornell – received approximately $3.6 billion in previously unreported foreign gifts.

However, the focus on claims of Chinese espionage has led to worries that the US government and American universities are unfairly persecuting ethnically Chinese researchers working in the country. US authorities have dropped some of the highest profile cases owing to weak evidence.

The issue has caught the attention of US politicians too. In February, key Democrats in the House of Representatives launched an investigation into whether the NIH and the US Federal Bureau of Investigation are improperly profiling ethnically Chinese scientists as potential spies.

The congressional probe was sparked by media reports indicating that the NIH sent 18,000 letters to university administrators requesting increased scrutiny of scientists with foreign ties, especially those with Chinese connections. Two members of Congress, Jamie Raskin and Judy Chu, have sent a letter to the heads of both agencies requesting information on the 180 cases currently under investigation by the NIH. Raskin and Chu want race, ethnicity and national origin data for those researchers being scrutinised. ‘While there are undoubtedly authentic and legitimate cases of espionage that should be investigated, these reports have created serious concern that innocent people are being swept up in this initiative,’ they warned.