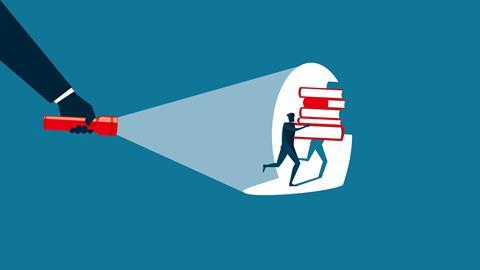 US federal agencies are targeting international talent recruitment efforts such as China’s ‘Thousand Talents’ programme after an increasing number of warnings that the nation’s universities and government research facilities are vulnerable to intellectual property theft by hostile foreign governments.

The US Department of Energy (DOE) recently announced that it will prohibit its researchers, grant recipients and other personnel from participating in any talent recruitment programmes sponsored by ‘countries deemed sensitive’, like China. In a 31 January memo to DOE leadership, the agency’s deputy director, Dan Brouillette, said this action aims to limit real or potential exploitation of the US scientific community’s openness, and to prevent funding for research at DOE national laboratories from benefitting foreign competitors.

The threat appears to be significant. More than 300 government researchers and 600 personnel working in private industry in the US have accepted money from China’s Thousand Talents programme since it began in December 2008, according to analysis from the Hoover Institution, a public policy think tank in Washington DC. The Thousand Talents initiative seeks to attract science and technology experts at western universities and research institutes to work in China. The Hoover Institution notes that these individuals in many cases do not disclose receiving Chinese government funding to their employer, which is illegal for US government employees and likely represents a conflict of interest for corporate personnel.

The DOE is not the only funding agency affected by these kinds of talent recruitment programmes. In December, an advisory committee to the National Institutes of Health revealed that some foreign entities have mounted ‘systematic programmes to influence NIH researchers and peer reviewers’. A small numbers of scientists were accused of committing ‘serious violations’ of NIH policies by not disclosing foreign support like grants or funded faculty positions in other countries, the panel said. Peer review violations have also been uncovered where confidentiality was compromised by sharing information and altering priority scores in an effort to circumvent the NIH’s normal decision process.

The NIH has recently referred a dozen cases for review by its parent agency, the Department of Health and Human Services (HHS). These new referrals primarily involve principal investigators on NIH grants who are conducting medical research at US universities but have allegedly failed to disclose foreign affiliations on their grant applications, the HHS inspector general revealed last month.

Jack Marr, an international business professor and east Asia expert at Boise State University in Idaho, US, says that for research projects in areas deemed sensitive, it makes good sense for the DOE, NIH and other agencies to look closely at who is participating at the individual or corporate level, and where their funding is coming from. ‘If there is a conflict of interest, that should be taken into account, and if the individual or entity is heavily funded by a conflict of interest party, such as the Thousand Talents, that should also be weighed in even if they are separate projects,’ Marr tells Chemistry World. At the very least, he says binding non-disclosure agreements should be used and enforced, as has been industry’s practice with competitors for decades.