Efforts to curb tax-avoiding ‘inversion’ deals will slow, but not stop, the wave

The US Treasury Department is taking steps to reduce the tax benefits of corporate ‘inversion’ deals, whereby companies take over a rival in a country with a lower tax rate and transfer their registered headquarters there to lower their bills. The tightened tax rules are pressuring pharmaceutical and medical devices companies to reconsider deals announced recently, according to financial analysts. 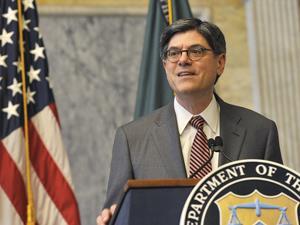 US Department of the Treasury/Jacob Lew

On 22 September, the Treasury announced plans to end what it deems an ‘unfair practice’ that erodes the US tax base. ‘These first, targeted steps make substantial progress in constraining the creative techniques used to avoid US taxes, both in terms of meaningfully reducing the economic benefits of inversions after the fact, and when possible, stopping them altogether,’ said Treasury Secretary Jacob Lew.

Specifically, the department has closed some of the loopholes that allow inverted companies to gain tax-free access to earnings from foreign subsidiaries, which would normally be liable for US tax when brought back into the country. It has also made requirements that the overseas company own more than 20% of the overall merged business more stringent, in terms of what assets can be counted in those percentages.

Italian speciality drug company Cosmo Pharmaceuticals was set to combine with Salix Pharmaceuticals of the US. Under the deal, Salix would have become a wholly-owned subsidiary of Cosmo. However, on 3 October the companies terminated the merger, saying in a statement that the ‘changed political environment has created more uncertainty regarding the potential benefits we expected to achieve’.

It remains unclear whether other firms with similar inversion deals pending will reconsider or reverse course. US medical technology firm Medtronic has reaffirmed its commitment to buying Irish-registered Covidien. Medtronic intends to borrow approximately $16 billion to finance the transaction, rather than using cash from its offshore subsidiaries as previously planned.

In addition, the US drug company AbbVie’s plan to take over Irish-headquartered Shire also appears to be going ahead. In a memo sent to employees on 29 September – a week after the Treasury announced its plans – AbbVie’s chief executive Richard Gonzalez said he is ‘more energised than ever’ about the merger.

Jacob Bostwick, a credit analyst with Fitch Ratings based in Chicago, Illinois, says inversions are not going to suddenly disappear. ‘Clearly we have seen that some of these deals are going forward,’ he tells Chemistry World. ‘The rules aren’t enough to stop these deals outright, but they might temper the rate at which they are happening.’