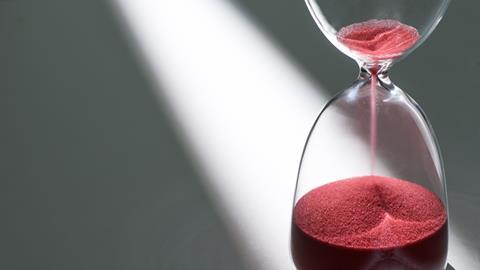 The White House has announced a major policy change whereby all publications resulting from federally-funded research, and their supporting data, must be made immediately and freely accessible to all. There has been a backlash from many scientific publishers, who will need to implement the controversial new directive by the end of 2025.

Under the Biden administration’s new rule, US research agencies like the National Science Foundation (NSF) and the National Institutes of Health (NIH) will have to update their public access policies as soon as possible, and no later than 31 December 2025. They must make their grantees’ research papers publicly available without the current 12-month embargo period that has been in place since 2013.

In its memo to the heads of US executive departments and agencies, the White House’s Office of Science and Technology Policy (OSTP) argued that the 12-month embargo has restricted immediate access to research results supported with taxpayer dollars to only those able to pay for it or who have privileged access through libraries or other institutions.

‘This policy guidance will end the current optional embargo that allows scientific publishers to put taxpayer-funded research behind a subscription-based paywall – which may block access for innovators for whom the paywall is a barrier, even barring scientists and their academic institutions from access to their own research findings,’ the OSTP stated. The office’s director, Alondra Nelson, said American taxpayers fund tens of billions of dollars on cutting-edge research annually, and they deserve to see the returns on their investments.

A similar executive order was circulated in the Trump White House in late 2019, but stakeholders including journal publishers publicly opposed a leaked version before it was ever released. The new Biden directive also requires agencies to develop plans to improve the transparency of the research they fund, including clearly disclosing authorship, funding and affiliations. OSTP will work with agencies to update their public access and data sharing plans by mid-2023.

The NIH and the NSF are both supportive of the White House announcement. ‘We are enthusiastic to move forward on these important efforts to make research results more accessible and look forward to working together to strengthen our shared responsibility in making federally funded research results accessible to the public,’ stated NIH’s acting director, Lawrence Tabak. He said the agency will develop and share its plans for implementing the new guidance over the coming months.

A spokesperson for the NSF said that increasing public access to federally funded research and data ‘will help drive discovery and innovation, and promote equity’. The NSF intends to update its public access plan by the end of February 2023, and implement it by December 2024.

Research universities and libraries in the US are also enthusiastic about the plan. For example, the Association of Research Libraries (ARL) – a nonprofit organisation of research libraries in the US and Canada – welcomed the announcement, calling it ‘a historic moment for scientific communications’.

Meanwhile, the Association of American Universities (AAU) said it has always been a ‘strong proponent’ of making federally funded studies publicly available, as well as the introduction of the 12-month embargo period in 2013. ‘The announcement today by OSTP represents an important step forward in further advancing public access,’ AAU added. The group is currently reviewing the White House announcement to determine what specific implications it has for its institutions and their faculty members.

Unsurprisingly, the response from publishers was lukewarm. The Association of American Publishers (AAP), for example, said the new Biden open access policy was announced without sufficient consultation, even though it will have ‘sweeping ramifications, including serious economic impact’ on the publishing industry.

‘This important work is part of a competitive marketplace geared towards excellence; it is very different than the government mandating business models,’ Husband stated. She wondered how publishers, especially the small ones, will manage to sustain the accuracy, quality and output that the public interest requires under the OSTP’s new scheme.

The American Chemical Society (ACS), which is an AAP member, is also carefully tracking the situation. James Milne, the president of ACS publications, said the new Biden directive represents ‘a significant change in policy direction’. The organisation, which publishes more than 60 scholarly journals, is currently evaluating the details of the White House guidance and accompanying economic analysis to determine the potential impact on its publishing activities and on US researchers directly.

‘The specifics of the federal agency policies this guidance impacts are yet to be determined,’ Milne stated. However, he noted that the ACS already offers open access options that support the needs of its authors to be compliant, and it has implemented routes for authors who require immediate public access to their articles that report on research funded by the US government and the data related to them.

Beyond the US, the Biden directive is also backed by Coalition S, an international consortium of funders in the UK and Europe that is working to deliver full and immediate open access publishing.

‘This new US policy is a game changer for scholarly publishing,’ stated Johan Rooryck, Coalition S’s executive director. ‘In addition to its emphasis on immediate open access, we welcome the focus on reducing inequities in publishing, especially among individuals from underserved backgrounds and those who are early in their careers,’ he said. ‘Such a strong statement, from a country that is leading in many research areas, will greatly advance efforts for global open access.’

Coalition S said it plans to work with the OSTP and other research organisations worldwide to further align their policies towards delivering ‘full and immediate open access to research results.’

Mark Histed, a neuroscientist who heads the neural computation and behaviour unit at the NIH’s National Institute of Mental Health, warns that the devil is in the detail. ‘Right now some open access journals are charging $5000 to authors and there’s lots of people paying that. I’d predict those fees go up to $10,000+ with this policy,’ Histed tweeted. ‘Big academic publishers have already piloted moving their income source to publication fees. Those fees will often come from federal grants.’ The good news, he added, is that preprints are on the rise. But many researchers are worried that the burden to pay to publish under the new policy will fall on individual researchers.

Rachel Borchardt, the scholarly communications librarian at American University in Washington DC, tweeted that the new guidance will be asking for post peer review manuscripts to be uploaded to a repository, which is referred to as ‘green’ open access. She noted that many free repositories currently exist, including PubMed Central, and that her university has its own, as well as library-funded support for open access publication fees.