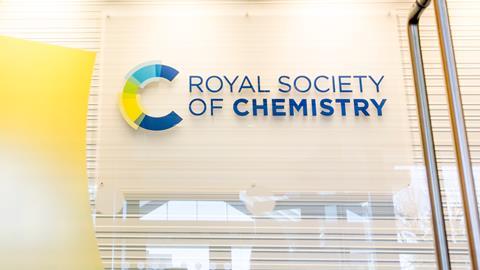 Royal Society of Chemistry will make all its journals open access

The Royal Society of Chemistry (RSC) has committed to making all of its journals open access within the next five years. It is the first chemistry publisher to commit to a 100% open access model and hopes to fund the move in a way that will avoid individual authors having to pay article processing charges (APCs).

Traditionally publishers of scientific journals have relied on subscription fees to journals to cover the cost of their activities. But in recent years there has been a growing push for scientific knowledge to be shared freely, regardless of readers’ ability to pay.

Open access journals generally require authors to pay a one-off APC in order to publish their papers. This covers costs associated with managing the peer review process and maintaining the scientific record, and means that anyone can read the journal’s content without having to pay a subscription.

But in announcing its commitment to a fully open access model, the RSC notes that it hopes to negotiate new ‘institutional or funder level’ agreements, where institutions pay a flat rate so that their researchers can publish in RSC journals without paying individual APCs. These deals would take into account regional differences so that institutions in poorer nations would not be expected to pay the same rates as those in richer countries.

The RSC publishes 44 journals across the chemical sciences, with most still operating a subscription model.

‘Obviously, a transition to full open access is great in terms of making research as broadly available as possible for all, without barriers to reading. My biggest worry with such transitions is always that if the transition is done as an APC-based approach, it just shifts the barriers from reading to publishing,’ says computational biochemist Lynn Kamerlin, who works at Uppsala University in Sweden. ‘So actually one of the best things in the announcement in my opinion was the fact that the RSC is very much aware of this challenge, and is committed to exploring new and other open access models to ensure that this transition doesn’t become a barrier to publishing.’

‘It’s worth noting also that while those most affected are indeed researchers from the countries where funds to even conduct research is extremely restricted, even in nominally wealthy countries access to research funds is heavily variable, and APCs can present a major barrier to dissemination,’ she adds. ‘I fully support the RSC’s goal to ensure that the majority of the global author community is covered by institutional or funder level deals, and commend the RSC for taking this major step in a transition towards full open access, with addressing equity concerns so high up on the agenda.’

Floris Rutjes, a synthetic organic chemist from Radboud University in the Netherlands who is president of the European Chemical Society, says that he is ‘pleasantly surprised’ to learn of the RSC’s new commitment to open access publishing, describing it as ‘a big step forward in pursuing open science’.

‘A few years ago, I was involved in negotiations between the Dutch universities and the RSC about a new transformative deal on a national level, which was rather complex with read and publish components for the different journals and long negotiations,’ says Rutjes. ‘This situation will become much more straightforward after switching to a full open access system. From the researcher’s point of view, I do hope that there still will be agreements between the RSC and university libraries so that the APCs will be paid by the libraries and not by the researchers themselves as is currently often the case when publishing in open access journals.’

In a statement, RSC director of publishing Emma Wilson notes that it is ‘essential’ to the organisation that all authors retain the same ability to publish regardless of where they are based. ‘We are aiming for a future in which [open access] publication makes authors’ work accessible on a global scale,’ she said. ‘As we saw with Covid research, enabling that level of openness and international collaboration can be a catalyst for accelerating innovation and discovery, creating a better, more sustainable future for all.’

‘This is an exciting step for the RSC and our growing portfolio of highly respected journals,’ added University of Strathclyde chemist Duncan Graham, who chairs the RSC’s publishing board. ‘The transition to open access will mean the RSC can ensure that everyone across the globe has the same ability to read and build upon all of the important research published in RSC journals while continuing to maintain the high-quality standards and reputation our community relies on.’

Correction: This story was updated on 7 November 2022 to clarify the European Research Council’s requirements around open access publishing.