From collaboration to collusion

Many readers will remember the arrest several months ago of Charles Leiber, head of chemistry at Harvard University, US, over his undisclosed ties to the Chinese government’s ‘Thousand Talents’ programme. Lieber’s case, and those that have followed, made worldwide headlines and brought a sudden burst of attention to the relationships between the Chinese government and foreign academic research labs. And those relationships are worth examining. 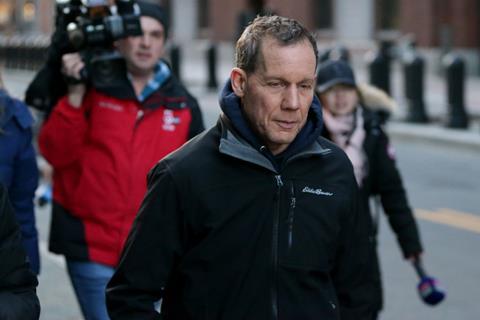 The Thousand Talents programme has several parts. For one, the Chinese authorities fund students and postdocs to study abroad and encourage them to return to China after their training. Secondly, they also reach out to Chinese academics who already have positions in other countries, hoping that they will do at least part of their research at Chinese institutions. And finally, they recruit well-known non-Chinese scientists to establish relationships with Chinese universities, and to take on and train Chinese students themselves. Estimates of the money spent on these efforts over the years are unreliable, but invariably large.

Somehow, we’re going to have to reconcile all this as best we can with the principles of an open society and of science itself

The recent arrests illustrate a problem with the system, though. The sums of money being offered by this programme is turning it into a moral hazard. Lieber is accused of failing to disclose his Chinese funding on grant applications, not paying US taxes on the money, failing to tell Harvard about the extent of the arrangements, and even lying to US government investigators about his participation in the Thousand Talents programme itself. If true, these decisions were spectacularly unwise, but then, a spectacular amount of money was involved and that does not seem to have helped his judgment.

The problems don’t stop there. Lieber is not the only non-Chinese academic who has ended up in a similar position, and both the funding agencies and the universities themselves (not to mention various tax authorities) are going to be looking hard at these situations. The National Institutes of Health’s investigations have led to dozens of researchers resigning or being fired for not properly disclosing their affiliations. The biggest issue, however, is one that people often don’t want to name: espionage.

It isn’t a nice word. People don’t want to use it, for fear of sounding paranoid or xenophobic. But the US government’s crackdown indicates just how serious a threat it considers hostile foreign governments to be. Indeed, two other cases that were revealed the same morning as Lieber’s involved direct examples, such as a Chinese scientist who was smuggling a collection of protein samples back to China from a Boston oncology lab. The Federal Bureau of Investigation (FBI) says it is investigating hundreds of cases of alleged intellectual property theft by ‘nontraditional collectors’ of intelligence acting at the behest of their state governments.

The US senate has called the Thousand Talents programme itself a threat to national security, and the news that eminent American professors are hiding their relationships with the programme has done nothing to persuade people otherwise.

And it’s not just the US that is worried about the national security of its science. In the last few weeks, the UK has accused both Russia and China of state-sponsored attempts to steal Covid-19 vaccine research, claims those countries’ authorities deny. And concerns about foreign interference in research have also prompted the Japanese government to propose stricter legislation around research integrity.

As a result, we are likely to see renewed scrutiny of academic laboratories working in areas that touch on major industrial or military applications. These have always occupied some unusual territory in the scientific world. Science advances best through open exchange of information. But there are (and always have been) research areas that governments and corporations alike want to keep as proprietary as possible. These tensions are now out in the open and no amount of clenched eyelids and loud hands-over-the-ears humming will make them go away.

Somehow, we’re going to have to reconcile all this as best we can with the principles of an open society and of science itself. This world we find ourselves in is one that we’ve been living in for quite a while, though, whether we’ve realised it or not. If researchers have been able to pretend otherwise, that era now seems to have ended. It ended just about the time that the FBI vehicles pulled up outside Charles Lieber’s house.