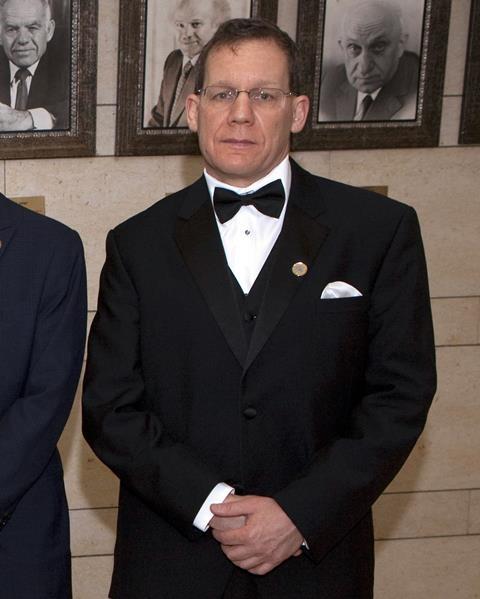 The chair of Harvard University’s chemistry department has been arrested for concealing his affiliation with the Wuhan University of Technology (WUT) in China – worth millions of dollars – from his university and the US government agencies that funded his work. On 28 January, the US Department of Justice charged Charles Lieber, a pioneer in nanoscience and nanoelectronics, with one count of making ‘a materially false, fictitious and fraudulent statement’.

Lieber received the payments under a three-year contract with the Chinese government’s ‘Thousand Talents’ recruitment programme, starting in 2012. If convicted, he faces a prison sentence of up to five years and a $250,000 (£192,000) fine.

Over the contract period, Wuhan paid Lieber a monthly salary of $50,000, on top of living expenses of approximately $158,000, and also awarded him more than $1.5 million to establish a research lab at the university, according to the affidavit. In exchange for these payments, Lieber worked for the Chinese university for at least nine months every year, spearheading international cooperation projects, mentoring PhD students and applying for patents and publishing articles in Wuhan’s name.

Lieber has served as a principal investigator (PI) at Harvard’s since 2008 and received more than $15 million in grant funding from the US National Institutes of Health (NIH) and Department of Defense, the affidavit states. Lieber was legally required to disclose funding by a foreign government or entity in these grant applications, but failed to do so. Without Harvard’s knowledge, he became a ‘strategic scientist’ at Wuhan in 2011 and was a contractual participant in China’s Thousand Talents programme from around 2012 to 2017.

Lieber is currently on paid administrative leave, and Harvard says he is not currently allowed on campus and is suspended from teaching and research responsibilities.

Among his many honours, Lieber received the Welch Award in Chemistry in 2019 for advances in basic chemical research, and he also won the NIH Director’s Pioneer Award for high-risk, high-reward research in 2017 and 2008, and won the 2012 Wolf Prize in Chemistry. He has published more than 340 papers in peer-reviewed journals and is the lead inventor on more than 35 patents, according to Harvard.

‘The charges brought by the US government against Professor Lieber are extremely serious. Harvard is cooperating with federal authorities, including the National Institutes of Health, and is conducting its own review of the alleged misconduct,’ Harvard said in a statement. On multiple occasions Lieber ‘misled Harvard regarding his associations with WUT and Thousand Talents plan’, the university added.

According to the affidavit, Lieber’s association with Wuhan got off the ground after he travelled to the university in mid-November 2011 to participate in a nano-energy materials forum hosted by the institute. Days prior to the trip, a professor from the university had emailed him a ‘strategic scientist’ contract, and also informed Lieber that he had been recommended for the ‘recruitment program of global experts’, which is affiliated with the Thousand Talents programme.

In April 2012, approximately five months after signing that agreement with Wuhan, the same person contacted Lieber again and informed him that he’d been selected to participate in the Thousand Talents programme. Lieber signed the contract and returned to Wuhan in November 2012, and it appears that his salary payments continued until 2017.

On the same day as Lieber’s arrest, Chinese national Yanqing Ye was charged with one count of visa fraud, making false statements, acting as an agent of a foreign government and conspiracy. Ye, who is actually a lieutenant in the Chinese army and is currently in China, falsely identified herself as a student on her visa application and lied about her ongoing military service, according to the US Justice Department.

While studying at Boston University’s physics, chemistry and biomedical engineering department from October 2017 to April 2019, Ye allegedly continued to work as a lieutenant. The Justice Department has said that she completed numerous assignments from Chinese army officers such as conducting research, assessing US military websites, as well as sending US documents and information to China.

Last month another Chinese national, Zaosong Zheng, was arrested at an airport in Boston and charged with trying to smuggle 21 vials of research samples to China. He was a doctoral student at Sun Yat-sen University in Guangzhou who had been conducting research at Beth Israel Hospital in Boston, where the vials in question originated.

Zheng, who told authorities that he had planned to take the samples to his lab at Sun Yat-sen, has been detained since 30 December 2019. He was indicted on 21 January for smuggling goods from the US and for making false, fictitious or fraudulent statements.