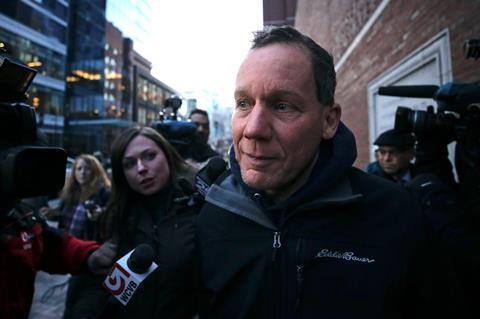 Harvard University professor Charles Lieber, a nanotechnology pioneer, has been charged with lying to officials about his involvement in a Chinese government-run programme

A federal grand jury in Massachusetts has indicted the former chair of Harvard University’s chemistry department on charges of lying to federal authorities about funding he received from the Chinese government. Charles Lieber, who was arrested in late January, faces up to five years in prison, three years of supervised release and a fine of $250,000 (£196,000) if convicted. Lieber’s indictment came on 9 June, and the Justice Department said he will be arraigned ‘at a later date’.

Lieber is accused of secretly becoming a ‘strategic scientist’ at Wuhan University of Technology in China in 2011 and participating in China’s Thousand Talents scheme – the country’s programme to attract, recruit and cultivate high-level scientific talent – from around 2012 to 2017.

Under the terms of Lieber’s three-year Thousand Talents contract, Wuhan University allegedly paid him a monthly salary of up to $50,000 on top of approximately $158,000 in living expenses, and more than $1.5 million to establish a research lab at the Chinese university. In return, he was contractually obliged to work for Wuhan University at least nine months a year, spearheading international cooperation projects, mentoring PhD students, as well as applying for patents and publishing articles in the university’s name.

Lieber has served as a principal investigator at Harvard since 2008, receiving more than $15 million in research grant funding from the US National Institutes of Health (NIH) and Department of Defense. These awards required the disclosure of all sources of research support, potential financial conflicts of interest and all foreign collaboration.

Failing to divulge his relationship with Wuhan University to Harvard and participation in the Thousand Talents scheme, led Harvard to falsely tell the NIH in November 2018 that he ‘had no formal association’ with Wuhan after 2012, the Justice Department claims. This also led to Harvard stating that Wuhan University ‘continued to falsely exaggerate’ Lieber’s involvement with the university in subsequent years, and that Lieber ‘is not and has never been a participant in’ China’s Thousand Talents scheme.

Harvard immediately placed Lieber on paid administrative leave after his 28 January arrest, and he was released from custody after accepting a $1 million bail agreement, according to student newspaper the Harvard Crimson.

‘The government has this wrong,’ Marc Mukasey, Lieber’s trial counsel, said in a statement. ‘Professor Lieber has dedicated his life to science and to his students. Not money, not fame, just his science and his students. He is the victim in this case, not the perpetrator.’

Mukasey added: ‘We’re fighting back. And when justice is done, Charlie’s good name will be restored and the scientific community again will be able to benefit from his intellect and passion.’