Targets and assessments can boost productivity at universities – but only if they do not stifle creativity and alienate the academic workforce, says Mark Peplow

‘This is not a university anymore but a business.’ It’s an increasingly common complaint, voiced by academics who perhaps hark back to more halcyon days when university life was less fettered by publication metrics and grant targets.

That quote, however, has a particularly tragic story behind it. It comes from an email apparently written by Stefan Grimm, a professor of toxicology at Imperial College London, UK, who was found dead at his home in September. 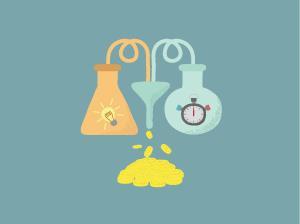 In the email, Grimm claims that he had come under growing pressure from his department to win more grant funding, and that his job was on the line if he failed. ‘The reality is that these career scientists up in the hierarchy of this organization only look at figures to judge their colleagues, be it impact factors or grant income,’ the email states. According to Times Higher Education, an Imperial spokesman has said that there is no reason to believe the email is not genuine.

In response, the college is reviewing its policies and procedures, and also points out that ‘Grimm’s work was not under formal review nor had he been given any notice of dismissal’. The review, and a pending inquest, will hopefully shed more light on the situation.

Yet whatever the circumstances of Grimm’s death, the harsh realities outlined in the email have struck a chord with many academics. Today, universities in the developed world don’t just operate like businesses – most of them are businesses, with all the layers of management, performance indicators and budget oversight that entails.

This university-as-business model has been widely embraced because of its potential benefits. Scrutinising research outputs can help to make efficient use of taxpayers’ precious pounds, and strategic oversight of a department’s research may help to spur scientific advances that benefit society. It can even ensure that universities are more accountable to paying students.

But there is a growing feeling that the relentless pursuit of targets is at odds with the academic ethos, because it encourages short-term thinking and constrains scientists’ freedom. Meanwhile, top-down management by diktat strips academics of their autonomy, and alienates those who fail to meet performance goals. Many of these pressures disproportionately affect early-career researchers, at precisely the time when they are most vulnerable.

These sentiments all feature in The culture of scientific research in the UK, a recent report from the Nuffield Council on Bioethics that surveyed hundreds of researchers. The report acknowledges that a highly competitive environment can push people to excel. But it can also make scientists less collaborative, and more likely to tailor their research programmes to meet their university’s grant targets.

The researchers also said that the ‘publish or perish’ culture creates perverse incentives to cut corners. Indeed, 21% of respondents over the age of 35 said they had felt tempted or under pressure to compromise on research integrity and standards, a proportion that rises to 33% for the under-35s. Overall, 35% of respondents said that the pressure to publish could ‘encourage the fabrication of data, altering, omitting or manipulating data, or cherry-picking results’.

The march of metrics

The researchers contributing to the report had particular concerns about the Research Excellence Framework (REF), which over the past year has assessed the quality of research at every university in the UK.

The REF used a mixture of peer review and publication metrics to appraise the ‘originality, significance and rigour’ of research outputs, but it also takes account of the broader impact of the research, and whether departments foster a healthy environment for world-class research. Some universities geared up for the REF by coaching their researchers on how to prepare successful grant applications; others used more insidious tactics, such as making promotions contingent on meeting REF benchmarks.

In this climate, it’s hardly surprising if academics feel as though they spend more time justifying their research than actually doing it, or that their research is being directed by funders and employers.

In the ruins of the global financial crisis, we have plenty of examples of how to run a business badly. All too often, failed companies have allowed the demands of the bottom line to erode the core principles that form the foundations of their success. The same risks apply to universities, where creativity rarely flourishes in a regime of ruthless efficiency.

Universities should reward researchers not only for their publication record, or the size of their grants, but for the contribution they make to the university’s broader work in teaching, training and in building a culture of excellence. They should also ensure that the whole university community is involved in major decisions that affect their research – and academics should never be left fearing for their jobs if they object to the university’s plans.

Running a university like a business is not an inevitable route to disaster. But university leaders and grant agencies must ensure that the effort devoted to monitoring productivity is matched by systems that nurture talent, and protect researchers’ freedom to pursue their own ideas. To do otherwise is just bad business.