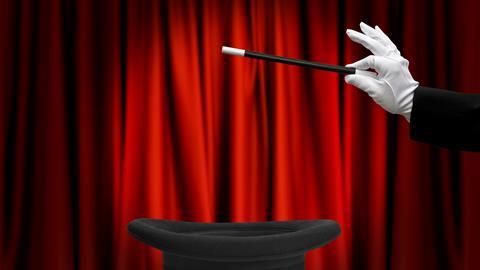 Magic shows fascinate us because they defy our expectations in exciting ways. Of course, no supernatural powers are really involved; a skilled magician can use the standard tools of their trade to produce astonishing outcomes.

Medicinal chemists have an impressive trick of their own. In drug molecules, replacing a hydrogen atom with a methyl group often results in higher potency, reduced toxicity and increased stability – an effect so dramatic that it is termed the magic methyl effect. But it is only recently that researchers have started to master the art of this transformation.

Over the years, chemists have strived to make methylation reactions simpler and robust, but direct C(sp3)–H methylation methods remained somewhat underdeveloped. A big step forward came last year, when Christina White’s group at the university of Illinois Urbana–Champaign, US, disclosed a two-step protocol that oxidises amines to their corresponding iminium ions, followed by nucleophilic methylation with AlMe3.1 While the scope of the reaction seems appealing, it must be performed at temperatures as low as –78ºC to prevent its pyrophoric reagents from spontaneously igniting. Higher-temperature alternatives needed to be developed.

Peroxides such as tert-butyl hydroperoxide or di-tert-butyl peroxide are a great source of methyl radicals. Under thermal conditions, these peroxides form radicals as the O–O bond cleaves homolytically (so each fragment receives one electron from the broken bond). The alkoxy radicals that form usually undergo another homolytic cleavage, this time of the C–C bond adjacent to the alkoxy group. This rapid β-scission generates a methyl radical. Now, Shannon Stahl’s group from the University of Wisconsin-Madison, US, in collaboration with Shane Krska at Merck & Co, has exploited this process to develop a straightforward peroxide-based approach for methylating medicinally relevant building blocks under mild conditions.2

Three distinct mechanistic processes take place in the reaction. Firstly, an iridium photosensitiser transfers energy from light to a tertiary alkyl peroxide, causing homolytic cleavage (figure 1). Using light rather than heat in this step slows down β-scission. This means that some of the alkoxy radicals from the peroxide can remove a hydrogen atom from a C−H bond in the substrate, which generates an alkyl radical and tertiary alcohol. This process is known as hydrogen atom transfer (HAT).

The remaining alkoxy radicals undergo β-scission and form methyl radicals and a ketone byproduct (figure 2). Balancing the HAT and β-scission processes allows the alkyl and methyl radicals to combine in the presence of a transition metal catalyst to give the methylated products. In the absence of such a catalyst, this coupling is difficult as the radicals are very short-lived. A nickel catalyst promotes the formation of relatively long-lived intermediate organometallic species and therefore assists with selective C–C bond formation.

Reaction parameters such as temperature, concentration, solvent and even different peroxides vary the relative rates of HAT and methyl radical formation. Based on this, the reaction conditions could be tailored to different substrates depending on how efficient the HAT process is. For example, substrates that exhibit slower HAT benefit from a reaction condition where the rate of β-scission is also slow.

The final optimised reaction conditions enabled Stahl and co-workers to methylate C–H bonds that are adjacent to a nitrogen atom or a phenyl ring. The group illustrates the high relevance of this method to medicinal chemistry by selectively methylating several drug candidates such as nabumetone, bezafibrate and agomelatine. In substrates that feature both of these types of C–H bond, the amine-adjacent site is preferred. However, protonating the amines switched selectivity to the benzylic sites. Applying this strategy to complex molecules like safinamide, trimethobenzamide, cinacalcet and homo-phenylalanine selectively methylated the benzylic C–H bond in the presence of other oxidatively sensitive C–H bonds.

Considering the high demand for efficient, selective and mild methylation protocols, this direct C–H methylation strategy stands out as a significant development. By being easier and more convenient to perform than previous methods, it might be just the trick chemists need to harness the power of the magic methyl effect. But it’s not really magic – it’s just radical chemistry.