A warning for Iberoamerican science

The recent economic growth of Latin American countries has revitalised their science and technology activity. Over the past few years, R&D investment in the Iberoamerican region (Spain, Portugal, Brazil, Argentina and Mexico) has grown faster than in Europe, US and Canada, being second only to Asia. There has been a political shift to develop knowledge economies, with Brazil in particular increasing funding and consolidating structures for science research and innovation. 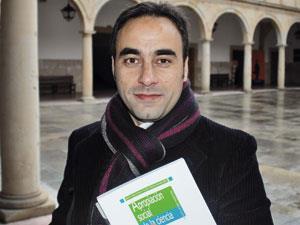 However, there are still many problems to be faced: there appears to have been more success in creating basic science and technology system capacity than in improving economic performance and productivity. In addition, these changes still have an uncertain future. The deepening global financial crisis, particularly in Europe, could have negative repercussions for the region – Spain and Brazil both recently reduced their levels of R&D investment.

But there is another, less obvious issue. In order to support and sustain these developments, the region has a growing demand for highly skilled people. Although the number of university graduates has steadily increased in these countries, the vast majority of degrees are awarded in social sciences and, in contrast, the number of science graduates is unchanged or has decreased. This worrying trend has prompted scientific institutions in these countries to assert the need to foster interest in such careers among young students. The Educational Goals 2021 agreement between the countries of the region stipulates that by the year 2015 the proportion of students in these areas should have increased by 10% and to 20% by the year 2021.

But in order to achieve these aims, we must first understand the reasons behind the diminishing figures. This was the aim of a project coordinated by the Ibero American States Organization, which surveyed almost 9000 high school students in seven representative cities (Asunción, Bogotá, Buenos Aires, Lima, Madrid, Montevideo and São Paulo).

The results predict the continuation of the trend: very few students consider science as a potential career and even fewer are interested in studying the exact and natural sciences. The social sciences remain the most popular choice by far, with a third of students expressing interest in a career in these areas. But perhaps more concerning are the indications that this feeling is not merely personal, but pervasive: a third felt that science is not a viable or desirable option for anyone in their age group.

These attitudes are not linked to any negative perceptions of career prospects. Nor are they strongly dependent upon the normal socio-demographic variables (gender, income, type of school). Instead, they are explained by information consumption habits and the perceived value of school science classes. Those students that do have a positive impression of scientific careers have greater exposure to science and technology through television, the internet, magazines and books, museums, films and so on. They also attribute greater value to the relevance of science classes in different aspects of life, and the more this contribution is valued, the stronger is their opinion that science is an attractive career.

Thus, it would appear that two factors are most important: awareness and education. And of these two, education – specifically the teaching and didactics of science in classrooms – appears to be the most decisive. The perceived difficulty of science subjects and reports of uninteresting, unengaging science lessons are a common theme, especially for mathematics, but also for physics, chemistry and biology.

It is perhaps obvious, but the promotion of scientific or technological careers demands attention to science education and teaching conditions in schools. There are various problems that affect the quality of education in these countries: inadequate infrastructures for learning; teachers’ lack of technical skills; weak relationships between high school education and universities, and so on. Also, many social groups simply do not consider education as a means to improve their chances of succeeding in life.

Educational systems, built to be paradigms of social integration and mobility, are now facing a critical crossroads. And one of the most sensitive points is the poor quality of education provided by secondary schools today. Compared to those in developed countries (and in addition to the harsh socioeconomic realities of many sectors of the population), there is a lack of competitiveness, unattractive curricula, problems associated with the training and development of teachers and poor attainment among students in the region.

This is the background against which the promotion of scientific careers among adolescents has to be projected. We have to recognise that the future of science is tied to the fate of education.

Carmelo Polino is a researcher at the Centre for Studies on Science, Development and Higher Education, Argentina