All hail the element makers

If you were following the news around the discovery of the latest additions to the periodic table, you’d be forgiven for thinking that the main interest in them was what they’re called. For many people, perhaps that actually was the only thing they cared about. But the real story is far more interesting. I hope our feature, What it takes to make a new element, goes some way to convincing you of that. At over 8000 words, it’s the longest article we’ve ever published. 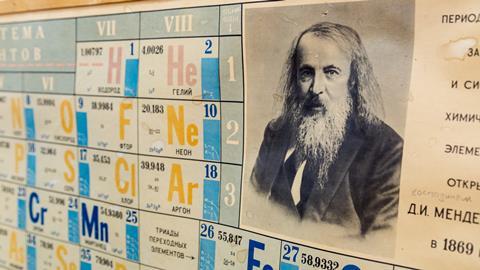 Making new elements is more than an atom-smashing technical achievement, impressive though that is. It’s a story of long-term, multi-continent scientific collaboration that has its roots in scientists reaching through the very real barriers of the iron curtain to pursue their vision. And in creating the new elements, the scientists are extending our knowledge of how atoms themselves are made, as well as pushing the extent of the periodic table – perhaps to breaking point.

In the past, I may have been guilty of shrugging my shoulders at news of artificially made elements: ‘All very interesting – but nobody’s going to do any chemistry with them, are they?’ I’m happy to admit that I was completely wrong: the team at Jinr are as much motivated by chemical thoughts as any of us. What properties will these atoms have; how will they react? Crucially, where will they fit on the periodic table?

And to make it even more impressive, they’re doing these experiments on just a few atoms, rather than on the billion upon billions that the vast majority of chemists have the luxury of dealing with. How would you go about studying reactions with a mere handful of short-lived atoms? You’ll have to read the feature to get the full story.

What would it mean if oganesson, element 118, is much too reactive to be a group 18 noble gas? Do we move it into a group all of its own, or make more room in the table? Or will we have to reevaluate how the whole thing works? And what about the next elements that are made – a quick look at a brand new table shows that there isn’t any space!

As with all great science, discovering new elements isn’t the end of the story. Answering the simple question ‘Can we make these elements’ has raised many more questions, with potentially far-reaching effects into the very nature of atoms and periodicity – and that’s serious chemistry.