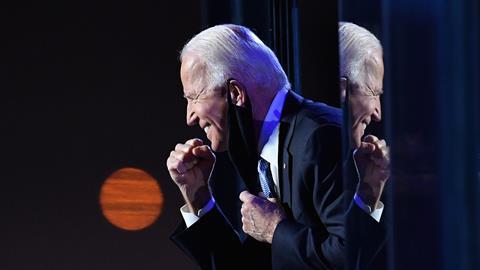 The 2020 US presidential election has proven that arguments about why data and evidence matter have limited sway among politicians and voters. That is a bitter pill to swallow. There are limits to the power of science communication.

The razor-thin margin by which Joe Biden beat out Donald Trump for the White House shocked researchers and science advocates in the US and beyond. They had hoped for a much clearer repudiation of Trump – his disregard for science and its role in policymaking. An overwhelming win would have affirmed that facts and evidence matter to Americans. Instead, Biden – who openly embraces and prioritises science – managed only to eke out a victory.

‘I expected, like many of my colleagues and friends, that Biden would do much better than he did,’ Neal Lane, a physicist and former presidential science adviser who also once headed the US National Science Foundation, told me.

Surely the truth matters. It is horrifying that Trump said of America’s top infectious disease expert Tony Fauci, right before the election: ‘People are tired of hearing Fauci and all these idiots.’ Also deeply disturbing is a 27 October press release from the once-respected White House Office of Science and Technology Policy (OSTP) that credited the Trump administration with ‘ending the Covid-19 pandemic’. That indisputably false claim came as the country registered record numbers of Sars-CoV-2 infections, accompanied by rising hospitalisations and death rates.

An official with the American Chemical Society (ACS) recounted for me a phone call that day between OSTP director Kelvin Droegemeier and science organisations to announce these supposed Trump achievements. ‘The entire call lasted 11 minutes, because when it was opened up for questions, there was total silence,’ the ACS official recalled.

Trump was nearly re-elected despite various surveys, by 3M and others, repeatedly showing that public trust in science and scientists remains very high globally, including in the US. Clearly there is a disconnect. Trump’s rhetoric has helped sow doubt about science, and divided the nation essentially down the middle into those who trust it and those who don’t.

Many factors go into policymaking, but science must have pre-eminence because it is how we understand the world and solve problems. This is especially of paramount importance during a global pandemic.

A narrow win is still a victory. Even Biden’s critics agree that he will appoint qualified experts to lead and advise research agencies, and that he will listen to experts. This will help restore a sense of optimism among American scientists, and it will bring order to the chaos of the previous four years. But whether he can get anything accomplished with a divided Congress and nation remains unclear.