Bringing the spark of life to the chemical industry 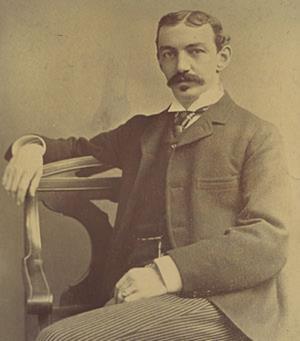 The mystery of how humans come into being – the puzzle of life itself – has always been at the heart of humanity’s search for understanding. Never far from this quest was the hope of actually making a being. The Biblical story of Adam has God modelling him from mud or clay, a tale that would be taken up in Jewish folklore as the idea of the Golem. Such activities were fraught with peril; these stories are morality tales warning us of the dangers of hubris: pride comes before a fall.

The tricky part was always how to imbue the creature with life. Luigi Galvani’s speculation that electricity was central to the life force leads straight to Frankenstein’s monster, whom Mary Shelley brought to life with a bolt of lightning. Essential to this process is the electrode, a word which – to the man in the street – conjures up the image of a mad scientist in a stygian laboratory. As always, the truth is less romantic, but also far more interesting.

Today, it is hard to imagine aluminium having great allure. But in the mid-19th century, aluminium was so fantastically expensive that Napoleon III of France famously used a dinner service of exquisitely light tableware to cement his geek-chic credentials. With a huge government grant, the French chemist Henri Sainte-Claire Deville scaled up Friedrich Wöhler’s method of winning the metal from aluminium chloride with sodium. But without a cheap source of sodium, the price remained high.

Hamilton Castner, an impatient student at the Columbia School of Mines in New York, US, became sure that there was a better way. He took the courses he felt he needed and then quit without bothering to complete his degree. He set up with his brother as an analyst and consultant in mid-town Manhattan, and quickly built a reputation for thoroughness and reliability. But while the work paid the bills, he dreamed aluminium dreams. After months of work, Castner found that iron carbide could reduce molten caustic soda to elemental sodium. Suddenly, aluminium smelting was a commercial proposition.

Failing to get industrial backers in the US, he moved to the UK in 1886, where he set up the Aluminium Company in London with the influential chemist Henry Roscoe. But just as production started, disaster struck in the form of the invention in the US and France of the electrolytic Hall–Héroult process, in which molten cryolite – a good solvent for alumina – was reduced at carbon electrodes. In a phenomenally competitive environment, Castner devised methods to convert his plentiful supply of sodium to sodium peroxide bleach and sodium cyanide for the gold mining industry.

Hoping to make sodium even cheaper, he began electrolysing brine. It had been done before, but Castner used a three compartment cell. Electrolysis generated chlorine at a carbon anode, while sodium dissolved in a mercury cathode. By rocking the cell, the sodium–mercury amalgam flowed to another compartment, where it produced salt-free caustic soda and hydrogen. When Castner went to the patent office, he discovered that an almost identical patent had just been filed by the Austrian chemist Karl Kellner, the rights to which had been acquired by the Belgian Solvay Company. Castner didn’t hestitate. He formed a joint venture with Solvay, the Castner-Kellner Alkali Company, and a plant was quickly set up at Weston Point near Runcorn, UK. It is still there today.

The electrodes were a problem. Compressing soot or charcoal into rods worked, but the anodes degraded quickly – especially when subjected to the action of hot brine, oxygen or chlorine. Castner decided that the rods could be made more robust by coating them in an impervious layer of soot and then blasting them with a current of 500A. ‘The heat generated is quite immeasurable,’ he wrote in his patent, ‘and is such that the carbon will give off the more inflammable material it contains and the remainder will be converted into a more fixed carbon, graphitic in its character.’ The result was conductive rods of unparalled strength and inertness. Yet Castner had little time to reap the reward of his ingenuity. Less than three years later he was dead, a victim of tuberculosis.

But with their electrolytic chloralkali process, Castner and Kellner had unleashed a monster: chloralkali plants sprouted all over the world, underpinning the chemical industry, but also becoming a significant global source of mercury in the environment. In 2013 a long overdue global treaty to reduce mercury emissions was finally signed by 140 countries. For all its virtues, the chloralkali process will soon be history.

But the marvellously inert carbon electrodes – graphitic, porous, glassy – are ubiquitous. It can be argued that Castner’s electrode marks the moment when carbon began to be considered as a structural material. Today aircraft, sports cars, golf clubs and the forks of my bicycle are made of pyrolytic carbon, lighter and stronger than aluminium. Monsters sometimes have black linings.