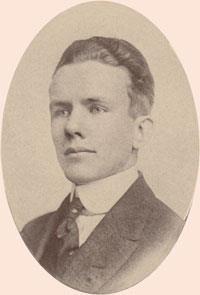 In his Book of the Courtier, the Renaissance writer Baldassarre Castiglione, whose wonderful portrait by Rafael hangs in the National Gallery in London, UK, wrote that the perfect gentleman should ’affect in all thing sprezzatura’ - artful effortlessness.

Chemists practice such deceptions all the time. Open any textbook and you see concise and elegant equations by which one molecule is transformed to another. A process of mind-numbing complexity is reduced to two symbols connected by an arrow. Actual experiments provide salutary reality checks. Bitter experience teaches us that hubris lurks behind every equation and recipe. Reproducing a reaction is fraught with peril - the rate of addition, the efficiency of mixing, the temperature, the vacuum - all can make a difference. And that is before we even dare change the scale.

But such things are seldom mentioned to students. These skeletons we keep in our closets are somehow thought of as being problems for engineers to solve. But like it or not, solve them we must, and there can be no finer solution than that of the Morton flask, which opened up the world of organosodium chemistry.

Avery Arthur Morton was born in St Lawrence, South Dakota, US, in 1892 but moved to Bethany, on the outskirts of Lincoln, Nebraska, as a small child. Little is known of his childhood, but he studied chemistry at Cotner College - a denominational school in the neighbourhood. He continued to graduate studies - first at the University of Chicago and then at Harvard. His studies were, however, interruped in 1919 when he was drafted into the Marines and underwent basic training at the notorious Parris Island base in South Carolina. 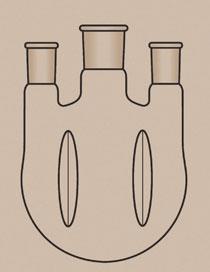 He was then posted to the Dominican Republic that, along with Haiti, the US had invaded in 1914 on the pretext of protecting the Panama Canal from Imperial Germany. By 1920, when Morton would have arrived, several brave journalists had begun to report on the brutality of the occupation. Although major reforms were introduced, it cannot have been a happy posting.

As soon as he was discharged in 1924, he headed back to the lab, this time at the Massachusetts Institute of Technology (MIT) in Boston, where he did a PhD in physical organic chemistry with James Norris. His talent was such that he was offered a staff position as soon as he graduated. A fast-moving, jittery person, he played a mean game of squash - battling for supremacy in the MIT league with another rising star, electrical engineer Vannevar Bush.

Morton was drawn by the intriguing possibilities offered by organometallic chemistry. The Wurtz coupling - by which alkyl halides may be dimerised or cross-coupled to make higher alkanes, and its aromatic variant, the Wurtz-Fittig reaction, were thought to proceed via elusive organosodium intermediates. In 1936, one of the fathers of organometallic chemistry, Karl Ziegler, wrote despairingly that organosodiums could not be made from alkyl halides. In the very same year, Morton published work showing not only that organosodiums could be prepared in high yield, but also elegantly laying out the crucial requirements for successful preparation. First, one must avoid ethers that would be attacked by the spectacularly reactive product. Secondly, the ability to finely disperse the sodium and to expose its surface rapidly to the incoming alkyl halide was critical.

To this end, Morton found two solutions. He began to use ultrahigh speed stirrers capable of spinning the heterogeneous mixtures at up to 10,000 rpm. Secondly, he modified his flasks to include several deep tapered creases in the sides, whose function was to maximise the turbulence and shear of the swirling mixture. He tested the efficiency of mixing using sand and water mixtures, watching for even distribution of particles. 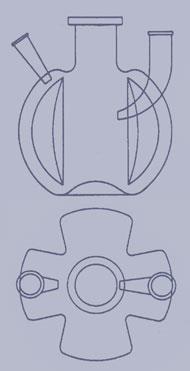 The change in the shape of the flask had a magical impact on the dynamics of the system and, within seconds, they could get sodium of a texture resembling the finest caster sugar. By using the flasks, Morton and his students were able to obtain quantitative yields of organosodiums in minutes.

Though Morton’s group gained some notoriety for their fires, they were remarkable experimentalists. As a result, Morton ran the MIT advanced synthetic organic laboratory course for many years, often devising experiments to stretch the best students. In the late 1930s he published a textbook Laboratory Techniques in Organic Chemistry  that is still cited today.

But above all, he made it look easy. For the great experimentalists, sprezzatura  is not an affectation. It’s a way of life.