Courage is not a trait that one always associates with scientists 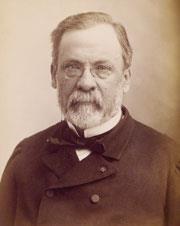 Courage is not a trait that one always associates with scientists. There are of course some chemists who specialise in extreme molecules, who wear padded clothing, and who warn us in their papers when things went bang. But outside of those rare, possibly pathological individuals, courage is more about taking one’s ideas in a direction opposite to what the textbooks and our mentors have told us. If there is any chemist whose life gives us examples of courage, then it must that of Louis Pasteur, who opened up new windows in chemistry and medicine.

Pasteur was born two days after Christmas in 1822 to a family of tanners in D?le in the foothills of the French Jura mountains. At school he showed little interest in his studies and spent many hours drawing and fishing. But when the curriculum began to include science, Pasteur found his calling. He got his degree from the local university in Besan?on, and was admitted to the famous ?cole Normale Sup?rieure (ENS) in Paris. There he studied with some of the great names of the time, including Antoine-J?r?me Balard - discoverer of bromine, the analyst Jean-Baptiste Dumas, and above all the polymath Jean-Baptiste Biot, who discovered optical rotation in liquids.

On his graduation in 1848 he found a job as a school physics teacher in Dijon, but this appointment must have seemed too limited for an ambitious scientist. Within three months he had not only secured an assistant professorship in chemistry at the University of Strasbourg, but had also met Marie Laurent, the daughter of the university’s rector, whom he married later that year. They went on to have five children. 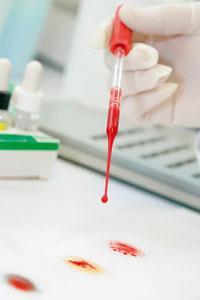 By this time, Pasteur was exploring one of the problems that had bothered his mentor, Biot. Tartaric acid, a crystalline compound found in wine sediment, only rotated the plane of polarised light when obtained from natural sources - synthetic samples had no such effect. Painstakingly Pasteur crystallised the material over and over. He spotted a remarkable difference - tartaric acid crystals had two forms that were mirror images of each other. Separating these one by one, he was able to establish that the two forms rotated light in opposite directions. Pasteur realised that the synthetic acid comprised equal quantities of the two forms - the racemate - which together gave no net rotation. These observations led Pasteur to conclude that the underlying molecules making up the crystals must themselves be chiral mirror images of each other, laying the foundations for our modern understanding of the three dimensional architecture of our world. It was an intellectual triumph. Within three years he was a full professor and was soon back at ENS in Paris, this time as its director. The Royal Society in London awarded him the Rumford medal for his work on what was then known as ’hemihedrism’ in crystals.

But Pasteur had already moved on and was soon working on diseases in animals and in man, driven by the early deaths of three of his children. Working on puerperal fever - a disease that was running rampant through maternity wards across Europe - he discovered the responsible microbe, which looked so much like bunches of grapes under the microscope that he named it Staphylococcus, from the Greek.

The more he looked, the more microbes he found, and he began to do ever more experiments, inoculating animals with his bacterial cultures. The problem was contamination - early syringes had fiddly, leather-sealed pistons that needed to be seated for each injection. Apart from being very slow, they were seldom sterile. Pasteur began asking one of his assistants, his nephew Adrien Loir, to taper glass tubes down to a sharp point that was ideal for the job. It was not long before such pipettes began to be used to take samples as well as to inoculate, and soon everyone in the lab had a few. And as Pasteur’s students travelled so did the pipettes.

His inoculation work led him to develop several vaccines for diseases including fowl cholera and anthrax. But for Pasteur, rabies was the big prize. Although not responsible for many deaths, rabies was the most terrifying disease of the age: it spared no one and drove its victims spectacularly mad. Pasteur attacked the problem head on, fearlessly collecting saliva samples from mad dogs bare-handed, while two assistants wearing thick gloves held the dogs down. In 1885 his vaccine saved the lives of two children and Pasteur’s became a household name. When he died in 1895, not only was he was given a state funeral, but he was buried in a magnificent crypt in his own institute.

Pasteur never seems to have let danger or difficulty get in the way of his ideas. He had the ultimate ’suck it and see’ attitude. And with one of his pipettes, perhaps we too can try to emulate him.