Too many arm curls 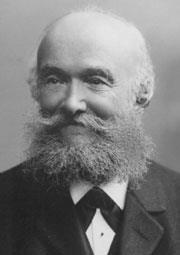 A student came to the lab recently with his arm in a sling. ’Too many arm curls’, he said flexing his good arm, ’it gets very competitive.’ I bit my tongue and didn’t comment. Weights have never been my thing; my boredom threshold is just too low. But his troubles reminded me of the piston pumps of the 19th century, and particularly the T?pler pump, the only one to have survived to the present day.

August T?pler was born in 1836 in the small town of Br?hl near Cologne in Germany. His father, a music director in a Catholic seminary encouraged his musical and artistic interests, but when he finished school, T?pler opted for a career in science. He won a scholarship to study chemistry and physics in Berlin and then in 1859 obtained a staff position at an agricultural college in Poppelsdorf, a small village then outside Bonn.

T?pler burned the candle at both ends and needed little sleep. In addition to his teaching duties, he enrolled for a PhD at the University of Jena - over 300km away - and completed his studies in little over a year. His talents led to rapid promotion, first to a lectureship in analytical chemistry and then to a more senior position in chemistry and physics. But it is telling that he would only publish a single paper relating to agriculture - his real interests were more fundamental.

In 1855, a glassblower and instrument maker in Bonn, Hermann Geissler, had invented a simple vacuum pump far superior to the piston pumps that had been used since the 17th century. Geissler’s idea was simple - the system to be evacuated would be connected to a bulb that could be filled with mercury and linked to a larger reservoir by means of a flexible rubber tube. Lowering the reservoir would draw gas out of the vacuum system and into the bulb. After closing a two-way tap to isolate the system, the reservoir could be raised again, compressing the trapped gas and pushing it out of the system. Repeatedly lifting and lowering the reservoir led to extremely low pressures. It was slow and timing the turning of the tap had to be carefully coordinated with the mercury level, but it paved the way for the systematic study of gas discharges and started a craze for glowing capillary tubes, the lava lamps of their day.

T?pler simplified the pump by replacing the two-way tap with a T-junction (a), using the mercury itself to act as the seal. On lowering the reservoir (D) the mercury would fall, exposing the T-junction, and drawing gas into the bulb (A). Raising the reservoir would trap a bulb-full of gas and then compress it, allowing it to be extruded via a mercury non-return valve (c) - either to the open air or, more usefully, into a gas burette.

This is the reason why T?pler pumps are still used today: they allow one to move and quantify any gas or vapour, condensable or not.

Scottish chemist William Ramsay, chasing the heavier noble gases, built vacuum lines with as many as eight T?pler pumps in series, each used to push slugs of gas from one reservoir to another.

Schlieren image in a supersonic wind tunnel - T?pler was the first to ’see sound’ in this way

But they were maddeningly boring to use. One of Ramsay’s students, E C C Baly, built a makeshift system driven by a drip-fed water reservoir sitting on a long beam, that would fill and empty automatically, rising and falling periodically. In the 1920’s, German inorganic chemist Alfred Stock began to use compressed air to drive the mercury, with glass float valves to provide non-return seals. Today a rotary pump, controlled using electrical contacts, controls the rise and fall of the mercury.

But T?pler didn’t give vacuum much more thought. Today he is remembered for inventing the schlieren technique - generating extreme contrast by illuminating fluids with a point light source behind a knife edge and making infinitesimal differences in refractive index visible. With it T?pler would sketch the profiles of supersonic shock waves seen as retinal afterimages, generated late at night with high voltage sparks. Today schlieren methods are routine in wind tunnels and centrifuges. T?pler’s epitaph reads ’He was the first to see sound’.

But to a chemist, the T?pler pump is unforgettable. The first one I saw, with its large conical reservoir, was looked upon by most of us with fascination and dread. The one student who used it routinely - to quantify nitrogen uptake and ammonia release - had once smashed the reservoir, causing kilos of mercury to spill cataclysmically across the floor of our lab. Yet if treated gently, there is still no better pump for the job.

So when I hear of students going to the gym to lift weights, I sometimes wonder whether they wouldn’t learn more by running an old style T?pler pump. To their friends they could claim to be ’pumping mercury’.