Derek Lowe considers an increasingly popular business strategy in the drug industry, the much discussed 'pay for delay' deal

Derek Lowe considers an increasingly popular business strategy in the drug industry, the much discussed ’pay for delay’ deal

One thing that no one in the drug industry ever forgets (although some people with strong opinions about it sometimes do) is that every big selling medication is a wasting asset. A patent on a blockbuster drug can seem like a licence to print money, but it’s a licence with an expiry date. There are ways to add a bit of time here and there, but in the end, your patent rights are going to go away. Your drug will then be made by other people, people who did not go through the trouble of discovering it, and sold for a lot less money. The best course of action is to have something new to sell by then.

Famously, though, the industry is having a bit of trouble with that last recommendation. There are some truly ugly patent expiries coming along out there, with Eli Lilly and AstraZeneca perhaps facing the worst. So if Plan A fails (discover a new drug roughly 10 years ago, in time to have it hitting the shelves now), what’s Plan B?

Well, all sorts of desperate stuff, not excluding site closures, reorganisations and merging with companies that you never previously cared for. Short of those, one temporary expedient has been for a company to turn around and offer money to the first generic company with marketing rights to their expiring drug, paying the generic company not to take the compound to the store shelves just yet. (In the US, such generic marketing rights keep other generic companies at bay for up to six months.) These ’pay for delay’ deals have been reviled for years, but they’re not uncommon. It costs the original discovery company, but not as much as if the generic form of the expiring drug were made available. And, despite appearances to the contrary, it is legal.

Keep in mind, though, that something is only legal for as long as courts and legislatures decide that it is. In the US, judicial challenges to this practice have been numerous, but the progress of a particular case makes a change in the law unlikely. Bayer and Barr Pharmaceuticals (now part of Israeli generics company Teva) arranged to delay the generic changeover of chemotherapy antibiotic ciprofloxacin in the 1990s. Bayer paid nearly $400 million (?243 million) to keep Barr from challenging the relevant patent. This deal became the subject of litigation under US antitrust law, in a suit brought by large drugstore chains and supported by the US Federal Trade Commission. But earlier this year the US Supreme Court declined to review the case, which had gone in favour of the companies. That leaves new legislation as probably the only route to close off the practice, and Congress seems to have several other things on its mind these days. (A 2003 law requiring companies to disclose such deals to government authorities has led only to the current judicial tangle). So, like them or not, pay for delay arrangements will likely continue for the foreseeable future. 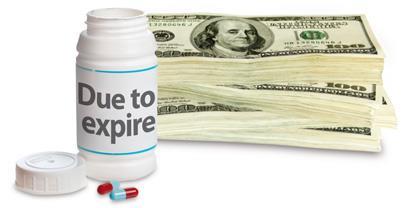 But it’s worth remembering, for both people and companies, that if your first defence is ’Well, it’s not illegal’, then perhaps there are some unexamined problems with your plan. That phrase is certainly not the sound of someone taking a stand on principle, and no banner with that slogan is going to rally any enthusiastic crowds. The drug industry has enough problems with public perception as it stands, and these deals just give people another good reason to think of everyone involved as shady fast-money operators. Is it controversial to suggest the industry might do well to minimise the opportunities for that opinion to flourish?

Does that suggestion do any good, though? No company facing its own patent expiry will want to be the first to turn down some welcome profit on the abstract hope that doing so will benefit the rest of the industry. And to be honest, it’s not like consumers would remember such an action, or be able to ask for their next prescriptions to be filled by that one company they heard about that didn’t pay off their generic competition. Readers with some economic background will be saying something here about the tragedy of the commons, and they’ll have a point. Until the law says otherwise, I expect pay for delay to stay with us. It’s an ugly sight, but we’re just going to have to get used to it.