Synthetic organic chemistry is a vast storehouse of techniques for making molecules behave in ways we want them to. These methods are not always successful, as uncounted hordes of frustrated chemists will be glad to tell you at length, but they get more extensive and capable every year. And that’s often done without abandoning the previous work - we still use many of the reactions that were the stuff of undergraduate textbooks 50 years ago; I’ve startled students by telling them that yes, professional chemists really do run Grignard reactions and aldol condensations.

Not every new reaction finds a place. Some of them aren’t recognised for what they are, and have to await rediscovery years later. Others are recognised all too quickly for what they are: trivial variations of processes that were in little need of improvement. (A quick note: if you discover a new reagent to dehydrate an aldoxime to a nitrile, consider keeping it to yourself - if I see one more of those, I may do something reckless.) 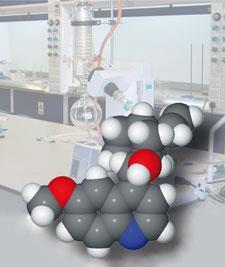 Since organic chemistry labs continue to be staffed by humans, there are fads as well. Olefin metathesis was one of those - for a while, it seemed as if every synthetic chemistry lab in the world was finding a way to run a metathesis reaction. But that’s one reason the discovery was worth its recent Nobel. It provided a new route into carbon-carbon bond formation, and suddenly a whole range of transformations opened up that no one had ever considered. No reaction gets to be that popular without good reason.

Another class of reactions, metal-catalysed couplings, took over the world during the 1990s. These were considered rather exotic when I was in graduate school, but that’s changed completely over the last 25 years, and these reactions constitute the single biggest change in how daily, practical organic synthesis is done. The Suzuki reaction is perhaps the best known of the bunch, but there are many, many others - some with roots going back well before anyone realised just how general the whole phenomenon was. This tangle is surely one of the main reasons that the field hasn’t seen a Nobel of its own, especially given the three-awardee limit.

It’s worth a prize, for sure. Medicinal chemistry, my own field, would hate to go back to the days before these reactions, since so many of our syntheses depend upon them. But here we have at least the beginnings of a problem. Suzuki couplings (and their cousins) make a tremendous number of useful molecules, but many of our molecules get made that way in the first place because the reactions are so useful. A time-capsuled chemist brought forward from the 1960s would look over our compound output and immediately wonder why there were so many aryl-aryl bonds (and probably conclude, correctly, that we must have found some zippy new way to make them).

It’s good, but it’s not the one

The problem I’m referring to is this: aryl-aryl bonds are not the answer to all our problems, and they can bring new problems of their own. Too many connections of this sort can lead to molecules consisting mostly of flat planes, joined by not-very-rotatable bonds. The structures of known drugs (and the attrition rates for the unknown ones) suggest in general that more than two or three aryl rings is asking for trouble, affecting solubility, oral absorption, cell penetration and other key properties. Kinase inhibitors seem especially prone to wandering into these traps.

So in some labs, the challenge is to find ways not to use metal-catalysed couplings for everything. That can be a hard decision to make. There has been a push in recent years to make more drug candidates with more three-dimensional character and less flatness, but that takes you into chemistry that’s often not so general and reliable. What we need is the equivalent of a Suzuki reaction that would form carbon-carbon bonds between non-aromatic centres, but no one’s quite achieved that yet. I think it’s safe to say that there’s a Nobel waiting for anyone who manages to do it - along with the thanks of a lot of medicinal chemists, of course, for what that’s worth!