What’s the most difficult therapeutic area for drug discovery? They’re certainly not all created equal - or if they were, they have definitely diverged since then. The question may be impossible to answer precisely, but it can be narrowed down quite a bit.

Several years ago, a study came up with some success rates across several broad areas, covering the 1990-2002 period.1 Looking at how many drugs emerged onto the market after having gone into human trials, the clear winner was the cardiovascular area - despite a solid 80 per cent failure rate during the clinical and regulatory approval phases. The average failure rate across the industry was just over 90 per cent, which might give people some idea of what it’s like to work in this business. 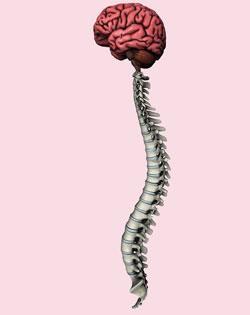 Keep in mind that this study looked at projects which, as far as the people in the discovery labs were concerned, were already thought of as successful. After all, they made it to the clinic - the majority don’t even get that far. We don’t have good exact numbers on the preclinical phase of development; since companies are loath to talk about how many (un)successful projects they initiate. But my experience over the last twenty years suggests that preclinical failure is definitely more common than not.

Some areas do seem to have a peculiarly hard time getting to the clinic. For example, an antiinfectives team at GlaxoSmithKline found that of the 67 bacterial targets on which they ran high-throughput screens during the late 1990s, only 16 gave any hits, and only five of those turned into any sort of lead compound series.2 That’s very much below the usual average, and has led to speculation that there may be some sort of mismatch between prokaryotic targets and the screening collections that we use in industry. It does seem likely that the sorts of compounds that can penetrate bacterial membranes may not be well represented. Bacteria, of course, can also fight back in all sorts of ways, which makes targeting them a special challenge.

On the other hand, the animal models in the antiinfectives area are relatively believable, if you ever manage to get that far. Oncology animal models, though, are notorious for their necessary-but-not-sufficient readouts, and central nervous system (CNS) models can be even fuzzier. Alzheimer’s research is a perfect example of an area that has suffered tremendously over the years from a lack of believable models.

Not coincidentally, oncology and CNS were the two areas with the worst clinical trial prospects of all during the 1990s. Both showed knuckle-whitening failure rates of between 90 and 95 per cent (note, however, that this data was collected before the advent of kinase inhibitors that have shown reasonable success rates in cancer trials). But these two areas came to those figures through different routes.

The reason is the cost and difficulty of the respective clinical trials. Cancer trials can be relatively inexpensive, since they tend to be shorter and have clear endpoints. (The difficult step in oncology is patient recruitment). CNS trials, on the other hand, can be lengthy, and often need large cohorts of patients to show convincing statistics. Participants in trials for anxiety and depression benefit just from the clinical trial setting, which leads to the high placebo responses that are very rare in cancer.

If companies are willing to try more marginal candidates in oncology, but step carefully into the clinic in CNS, that argues for the latter area being (perhaps) the toughest of them all. In my experience, the people who’ve worked in it will make that case themselves, given even the slightest bit of encouragement. Having put in some time working against dementia and Alzheimer’s targets, I can’t exempt myself from that set!

But if I had to pick a contender to take on CNS as the hardest therapeutic area, I might go with the broad autoimmune disease category. That’s because while it is possible to treat some symptoms, the real disease mechanisms remain largely obscure. The animal model problems are accordingly quite severe. I haven’t seen a breakdown of clinical success rates, but some of the diseases in this area (such as lupus) have relentlessly consumed clinical candidates.

So those are my picks, and I invite suggestions to add to the list. We can only hope that these categories will eventually lose some of their distinctive character.