There is an early candidate for this year’s Ig Nobel prize in chemistry, one of the annual spoof awards for ’improbable research’. The work reported in Science  by Shani Gelstein of the Weizmann Institute of Science in Rehovot, Israel, and colleagues1 has precisely the degree of risqu? unlikelihood that the Ig Nobel committee clearly enjoys. It is not to descend too far into tabloid sensationalism to describe the findings thus: men say they don’t feel much like having sex after sniffing women’s tears.

To judge a piece of work worthy of an Ig Nobel is not necessarily to denigrate it, and indeed I’d argue that the research by Gelstein and colleagues raises interesting and significant questions. Several Ig Nobel laureates have investigated problems of genuine value: in one of my favourites, chemical engineers Ed Cussler and Brian Gettelfinger looked at whether the theoretical viscosity scaling relationships for drag and thrust in swimming motions are borne out experimentally by having people swim in a pool filled with syrup.2 Others - and I believe Gelstein et al  fall into this category - look odd, even perverse, merely because odd and perverse things happen in nature.

That is plain from the context of the work, which confronts us with the astonishing fact that we do not know why we cry. Anyone tempted to sneer at the motivation of the Israeli team should be silenced by this stark truth. It is not hard to devise stories about the adaptive value of tears - one such invokes their potential to prevent dehydration of mucous membranes while weeping3 - yet far harder to adduce any proof. The odd thing about tears as an emotional signal is that they seem to be purely symbolic, whereas Darwin imagined that such signals must have (or have had) some functional role too - the baby’s cry broadcasts its distress, say.4

Tears are surprisingly complex structures, an investment that surely must have some payoff. They are not just salty water, but contain enzymes and other proteins, lipids and metabolites. The lipids self-organise into a surface film in which two-dimensional crystal and liquid patches interact to create resilience as the droplets deform.5 Emotional tears of humans have a slightly different composition from mere ’eye-watering’ tears; and noting that mouse tears contain a pheromone, Gelstein and colleagues wondered if this might be true of human emotional tears too. 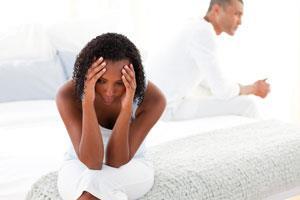 To study that, they harvested ’sad tears’ from women watching weepy films, and investigated whether men could smell any difference between these and saline solution. They couldn’t. But then the researchers showed the male subjects pictures of women’s faces while constantly exposing them to the vapours of the tears by attaching a tear-soaked pad beneath their nostrils, and asked the men to assess the sadness and the sexual attractiveness of the images.

As psychological testing goes, this seems to be heading into strange territory. But the results were surprising: while tears did not influence judgements of sadness, they lowered significantly ratings of attractiveness. In related tests, the men reported lower sexual arousal after sniffing tears - a condition supported by measurements of psychophysiological state (such as skin conductance), testosterone levels, and even brain activity monitored by functional MRI. Importantly, the men did not know that the substance to which they were being exposed was female tears, nor had they seen the women cry.

The nature of the chemical signal in the tears presumed to be triggering these effects isn’t yet clear. But its mere existence adds an unexpected new dimension to the chemical basis of sexual interaction - which, even if the metaphor is rather archly belaboured by chemists, is already undeniable.6

Other questions abound. What are the effects of same-sex tears, or children’s tears? Are other functions besides sexual arousal affected? In any event, the current results are an invitation for evolutionary psychologists to cook up explanations of why it is adaptive to experience lower sexual arousal when someone is crying. Does that allow us to hug them without wanting to make love to them? (Countless movies, notably Don’t Look Now, insist otherwise, as does the stereotype of the sexual predator who exploits emotional vulnerability.) It’s fine to speculate, but perhaps better to exercise restraint and regard this intriguing finding as still at the stage of being a chemical rather than an evolutionary problem.

4 C Darwin, The expression of the emotions in man and animals  (John Murray, London, 1872)