The Bologna process began in 1999 with the aim of setting up a European higher education area by 2010. Terry Mitchell looks at what still needs to be done

It is up to universities and other institutions to make an open European higher education area (EHEA) by 2010, the goal of the Bologna process, a reality.

At a meeting in Bergen, Norway, in mid-May, the ministers responsible for the Bologna process adopted a framework for qualifications that comprises three cycles - first (bachelor), second (masters) and third (PhD), including, within national contexts, the possibility of intermediate qualifications. 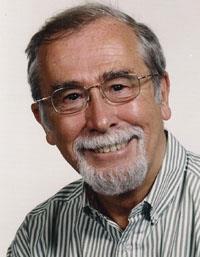 Each cycle is described by generic descriptors, originally written by the joint quality initiative, and based on learning outcomes and competences. Credit ranges were also set for the first and second cycles (these refer to the European credit transfer and accumulation system (ECTS)).

There are still obstacles making it hard to move between the cycles. National systems will now have to define their own degree qualifications in terms of the Bologna cycles and make sure they do not make moving at the end of the first cycle more difficult. In the UK and Ireland this may mean redefining the status of the chemistry BSc.

Mobility is a key aspect of the Bologna process: the ministers ’urge institutions and students to make full use of mobility programmes, advocating full recognition of study periods abroad within such programmes’.

Recognition has always been a problem, even for Erasmus (the EU mobility scheme) students. This is largely because ECTS has not been used, and now it urgently needs to be implemented fully throughout Europe. Also, institutions must, where necessary, push their students to become more mobile. In the UK and Ireland this could mean taking a real step towards Europe by reintroducing language requirements for degree courses.

But the EHEA is not intended to be a fortress Europe. It ’must be open and should be attractive to other parts of the world’, said the ministers. They also see it as ’a partner of higher education systems in other regions of the world, stimulating balanced student and staff exchange and cooperation between higher education institutions’.

One step in this direction was the creation of the Erasmus Mundus programme that supports joint masters courses and provides scholarships for non-European students. This can serve as a model for awarding and recognising joint degree programmes, including at the doctorate level.

Establishing more joint degree programmes is a priority for the next two years. These need to be developed together with European procedures for quality assurance. There is currently no common approach but the European Association for Quality Assurance in Higher Education has produced a report with recommendations on standards and guidelines (see the Bologna-Bergen website).

Opportunities for flexible learning paths also need to be created, including procedures to recognise prior learning. This refers to experience in vocational training (in the widest sense) that needs to be given credit towards degree programmes, where
appropriate.

At the Bologna process meeting in Berlin, Germany, in 2003, the doctoral level was defined as the third cycle, thus forming the link between higher education and research. Structured doctoral programmes are uncommon or unknown in many countries in the Bologna area, and ’transparent supervision and assessment’ is missing.

Three to four years of full-time study is seen as the normal workload for new programmes. The research component is at the heart of any chemistry doctorate but candidates are considered to be both students and early stage researchers who must also be trained with respect to the needs of the wider employment market. Many in universities are unwilling to see a PhD as anything other than research.

The next meeting in the Bologna series will be held in London in 2007.

Terry Mitchell is professor at the University of Dortmund, Germany, and heads the committee dealing with applications for the Eurobachelor Label