With major funding cuts averted, UK chemists prepare to take on some of the world’s biggest challenges 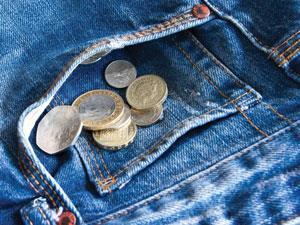 Scientists labouring in the UK can breathe a sigh of relief. The spending review has been and gone, and the swingeing cuts many feared haven’t materialised. In fact, public funding for science will be protected in real-terms, meaning that it will keep pace with inflation. As a result the science budget should rise by around £500 million by the end of this parliament.

Prior to the release of the comprehensive spending review, there had been dire warnings that money for everything from the police to welfare and universities could be savagely cut. It is perhaps unsurprising that scientists were concerned.

So how did the UK chancellor George Osborne pull off this coup? Finding £23 billion down the back of the sofa was always going to help. That money came from a revised estimate of how much tax the UK is expected to take in the coming years. On top of this, the country is expected to pay back less in interest on its debts over the next four years, which gave the chancellor some wriggle room.

But as always the devil is in the detail. And many of these details are still to come. One notable point is that the Department for International Development will contribute £1.5 billion to the science budget over the next four years. In effect this money is shared, and has to be spent on research that tackles some of the toughest problems faced by developing countries. A sleight of hand by the accountants, perhaps, but one that the chemistry community can take advantage of. As is seen frequently in these pages, the chemical sciences can provide effective answers to problems such as air pollution, providing clean drinking water and medicines for neglected diseases.

Despite there being much for the nation’s scientists to be thankful for it’s still hard not to look at some of the UK’s scientific competitors without feeling a twinge of jealousy. Competitors like Germany, who will this month be planning how to divvy up an extra €5 billion (£3.6 billion) of funding slated for 2018–2028. This is on top of an already well-funded public science enterprise that is allotted almost 1% of GDP. Meanwhile, the UK’s public spend on science as a percentage of GDP has now dropped below 0.5% and will continue to fall over the course of this parliament as GDP growth outstrips inflation. Keeping up with the big beasts of science is going to be difficult. British researchers will have to keep trying to find new ways to do more with less.