The inkwell accident that led to solid-state transistors

There’s an old joke that you can spot crystallographers by their beards and sandals – the facial hair provides a rich source of heterogeneous nucleation necessary to grow the gem-like crystals required. It’s a reminder of just how weird the process of crystallisation is, and the complexity that underpins an issue at once evocative and fundamental. 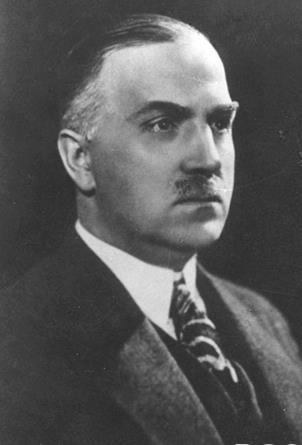 No one who has tried to grow crystals in the lab can be unaware of the trade-off between the twin processes of nucleation and crystal growth, words which conceal issues of ferocious complexity. Both began to be probed at the end 19th century, especially by the Estonian-German chemist and metallurgist Gustav Tamman. Tamman began to monitor the slow cooling of liquids in narrow test tubes to lay the groundwork for the understanding of crystal growth. While doing so, he measured the rate at which the solid–liquid interface grew as a function of the degree of supercooling – the difference between the actual temperature of the liquid and the melting point. He proposed that crystallisation was a thermally activated process, the rate of which was determined by the temperature at the solid–liquid interface. Although was soon proved to be totally wrong, his work laid the foundation for much of the science that followed, and inspired a young Polish chemist working in Germany.

Jan Czochralski was born the eighth, and youngest, son of a family of craftsmen in Exin (Ksynia) a provincial town in Poland. He apprenticed in a teacher training college but moved to Germany before qualifying, eventually starting a degree in chemistry at the Technical University of Berlin in 1906. To make ends meet he worked for the duration of his studies, first in a chemical works and, from 1908, in the metals laboratory of the engineering firm AEG in Oberspree, then Germany’s leading manufacturer of electrical cable. The lab had been set up by Wichard von Moellendorff, a young, enthusiastic engineer and metallurgist. Moellendorff conducted important studies into the plastic deformation of metals, experiments that questioned many of Tamman’s ideas.

Czochralski never obtained a formal degree because his Polish school qualifications were never recognised; instead, he worked full-time at AEG, where he began to conduct detailed crystallographic studies of metals. In 1913 he succeeded Moellendorff as head of the lab.

Legend has it that while waiting for a crucible of molten tin to solidify on his desk, Czochralski absent-mindedly dipped the nib of his pen into the metal rather than the ink-pot. As he removed his pen he drew out a thin strand of metal. Czochralski immediately realised he had found a new method to measure the rate of crystallisation: rather than follow the speed of the front, he would draw a filament out of the melt and measure the maximum rate above which the filament would snap. After a series of trials, Czochralski found the best method was to suspend a capillary by a silk thread above a crucible containing a metal only a few degrees above its melting point. The string ran over a pulley and then across to a motor. On lowering the capillary into the melt, the liquid would be drawn up the tube, crystallising almost immediately and acting as a seed from which the filament could grow.

With this device Czochralski was able to make filaments over a meter long. Each was a single crystal. This represented a huge advance over the previous ‘Plitsch’ method, which involved pressing metal powder with a binder into a rod. Heating the rod progressively along its length would recrystallise the grains into a single, crystalline rod. For metals like tungsten, Coolidge would show that careful work allowed the preparation of suitably ductile wire for the manufacture of incandescent bulbs (Chemistry World, August 2013, p62). 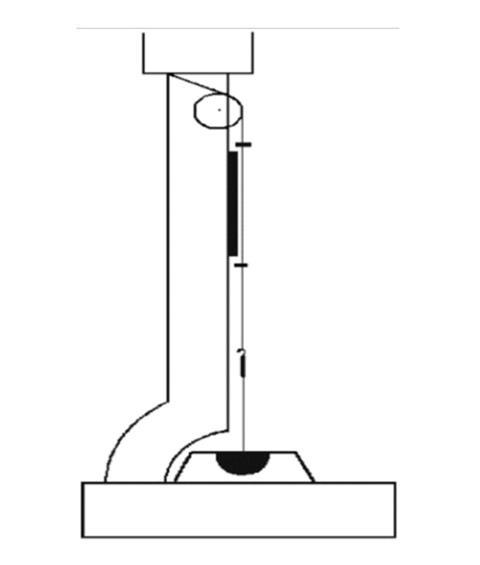 Czochralski’s method did everything in one shot. As a result, it had far more impact as a method of crystal-growing than as a technique for studying crystallisation rates. The availability of such perfect crystals of uniform width would play a crucial role in the study of plastic deformation and the discovery of the dislocations that make metals so shapeable.

The technique would finally come into its own in 1948, when Gordon Teal at Bell Labs grew single crystals of germanium. Using a graphite crucible filled with the semiconductor heated to between 935–980˚C by an induction furnace, Teal introduced a seed crystal into the melt and very slowly pulled it upwards. At pulling at rates below 0.003 inches per second, a cylindrical single crystal emerged with unheard of levels of purity– a gleaming silvery ‘boule’ of germanium. The crystals would allow Bell Labs to commercialise the first germanium-based solid-state transistors.

But Teal, a native of Texas, was lured away by a competitor, Texas Instruments, for whom he developed a similar process to grow crystals of the more desirable silicon. At a conference in 1954, Teal ostentatiously showed off new silicon transistors, playing music by Artie Shaw on a gramophone record player. In contrast to their germanium counterparts, silicon transistor amplifiers kept the music playing even when dipped into a beaker of hot oil. The solid state revolution had arrived.

Today, the Czochralski method is used for optics, electronics and even jewellery, and we can understand why having a beard could help one as a crystallographer (understanding nucleation remains one of the fundamental challenges of chemistry). The sandals, on the other hand, remain a mystery…