Could the chemical world still be holding out on us? 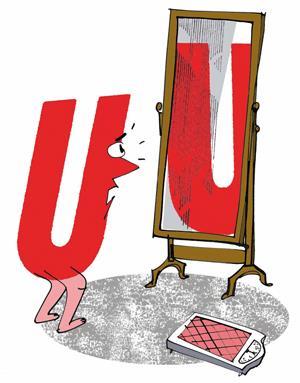 We chemists are often smug. In theory at least, our whole field is utterly clear and understood. Everything is made of atoms, their structure fully clarified in the twentieth century. Every atom has a positive nucleus, and negative electrons go around it. Chemistry is about how atoms combine into molecules by the interaction of those electrons.

The related study of spectroscopy looks at how molecules interact with radiation. It deals with any electron which can be moved to another orbit by the energy of a photon. The spectroscopy of starlight seems to show that even the stars are made of the atoms that we know about and handle on earth.

And yet things may not be so simple. Astronomers claim that atomic matter makes up only about 20% of the stuff of the universe. The basic problem is that the spiral galaxies spin too fast. If you judge the weight of such a galaxy from its brightness, which assesses the number of stars in it, then the speed of spinning should make the galaxy fly apart. Astronomers are forced to imagine that every spiral galaxy contains a lot of ‘dark matter’ that exerts enough gravitational attraction to hold the spinning galaxy together, but does not shine like its visible stars. Nobody has any notion what the stuff is.

Dark matter may occur in science-fiction, too. Stanley Kubrick and Arthur C Clarke’s wonderful 2001: A Space Odyssey features a strange object, buried on the moon three million years ago by aliens and now discovered by human beings. It is about ten feet high, resists all attempts to alter it, and is so totally black that it absorbs completely all the light shone on it even by bright searchlights. Clarke does not say what it is made of, and he avoids discussion of its weight or density; but it is clearly utterly beyond the chemical knowledge of its human discoverers. I reckon it is a sort of science-fiction prevision of dark matter.

Later in his story, an astronaut on a mission to a moon of Saturn discovers a much bigger ‘dark matter’ object on the surface of that moon. It has been exposed to the meteors of space for three million years, but is still smooth and pristine. It appears to be quite indifferent to normal matter.

I might dismiss this dark matter obelisk as just another of Clarke’s extraordinary imaginings, were it not for the odd fact that astronomers claim to have spotted dark matter for real. It seems there is a thread of the stuff running between two groups of galaxies. Naturally, you cannot see it in the telescope; but it is detectable by the bending of the light of the galaxies behind it. The slight bending of light by gravity was predicted by Einstein in 1915, and has since been crucial to the understanding of several astronomical observations.

Does dark matter exist on Earth? Our own galaxy is a spiral that spins and holds together, so it should have dark matter somewhere in it.

The Sun and the other stars of our galaxy may emit neutrinos. These zip through the earth almost as if it were not there, but are perhaps too light to be the searched for dark matter. Heavier particles have been proposed; but so far physicists have not announced them. If dark matter exists in reality, and is not just as a fantasy of science-fiction, it remains mysterious. But it would prove that chemistry is not a closed topic after all!