A bright spark who shone an intense light on chemistry 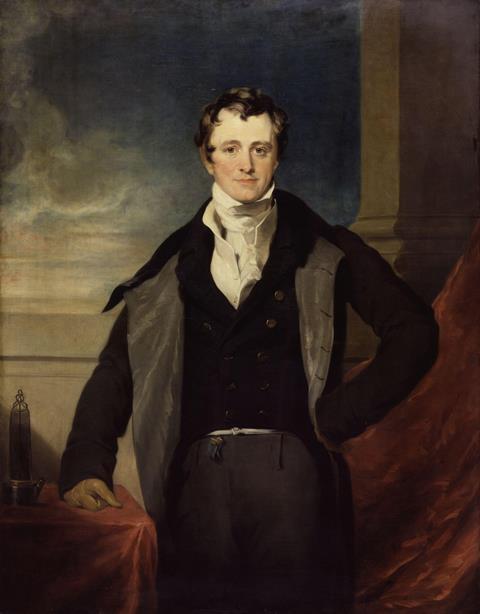 British chemist and science communicator who was an electrochemical pioneer

A few years ago, the cartoonist Randall Munroe, author of the endlessly insightful cartoon series XKCD, published a book entitled ‘What If?’ which collected a series of absurd questions that he then answered by means of Fermi estimates, kooky line drawings and wacky asides. Contrary to popular belief, ‘what if’ is the fundamental question of science that makes it possible for us to eventually arrive at answers to the second question: ‘Why?’. Supreme among the exponents of the ‘What if’ school of exploration is Humphry Davy, the chemist whom many regard as being the greatest scientist of his day – quite an accolade in a crowded field.

Davy came from the then remote Cornwall. His father died when Humphry was quite young, forcing the family to sell their small landholding. His mother set up a small millinery business and made sure that her children were educated. Humphry was a fairly exceptional child, reading confidently at the age of five, showing real promise in grammar school and scouring the coastline in his quest for good fishing spots. Along the way he built up an exceptional knowledge both of fish species and of the geological features of the area. His interest led him to doing chemical experiments in his room. He was later apprenticed to a local surgeon with a view to him becoming a doctor. The looseness of these arrangements led him to being largely self-taught; he read widely but gradually focused on chemistry, his readings including William Nicholson’s Dictionary and Antoine Lavoisier’s Elementary Treatise. Some of his biographers have concluded that his unusual mix of reading also left deep lacunae in his learning that would later limit his progress.

Word of his enthusiasm for chemistry got around and in 1798 he was recommended by his friend Davies Gilbert to the physician Thomas Beddoes. Beddoes had recently set up a Pneumatic Institute in Clifton in Bristol where he hoped that the use of ‘pneumatic fluids’ could be used to treat disease. The burgeoning number of gases being discovered seemed to point to a rich seam of investigation for which he needed a chemist. Davy began making gases and testing their effects. He showed conclusively that, contrary to an earlier suggestion, nitrous oxide did not cause disease. He then went on to show its unquestionable effects on animals and people; the term laughing gas would, however, only emerge a decade later. For Beddoes, these results were a triumph.

In 1800, as word spread of Alessandro Volta’s pile for producing electricity followed almost immediately by William Nicholson and Anthony Carlisle’s report of the electrolysis of water, Davy began to try electrical experiments for himself using a pile that Beddoes had in his lab. This led to a series of papers that spread Davy’s reputation further. Davy would not be in Bristol for long. Count Rumford, the American scientist and entrepreneur who had founded the Royal Institution (RI), invited Davy to London. He was unimpressed. Davy struck him as a bit of a country yokel, unsuitable for the elegant society of London. But a single public lecture, in which Davy spoke with exceptional power and clarity, was enough to change Rumford’s mind. He offered Davy a position at the RI where his brilliant lectures, peppered with demonstrations of his discoveries, began to attract large audiences. It is sometimes said that it was Davy’s lectures that forced the authorities to make Albemarle the first one-way street in the city to accommodate the traffic. In truth this had already been the case for some years as Rumford and his colleagues were no slouch as speakers. But Davy cemented the RI’s reputation among the young and fashionable; unusually, women began to attend lectures that had previously been thought of as ‘masculine’.

In the basement of the building Davy pressed on with his experiments, ordering ever larger arrays of metallic plates to experiment with. He soon found that different metals had different electrical resistances that also depended on the dimensions of the wire. A platinum wire could be heated to incandescence – an observation that prefigured the incandescent light bulb. Carbon too conducted electricity, an observation that laid the foundation for the later Bunsen and Leclanché cells. And as he used ever more powerful batteries he began to rip matter apart, reducing several alkali and alkaline earth salts to their metals. But he could also get sparks to jump between adjacent electrodes. To his astonishment, drawing apart two carbon electrodes connected to the poles of a large battery resulted in a brilliant white glowing ‘arch’ of blinding intensity in the space between them.

With a battery of 2000 metal plates connected to two charcoal rods ‘a bright spark was produced, and more than half the volume of the charcoal became ignited to whiteness, and by withdrawing the points from each other a constant discharge took place through the heated air, in a space equal at least to four inches, producing a most brilliant ascending arch of light, broad, and conical in form in the middle’.

It was the original arc light – later to become the most intense practical light source in common use.

Davy’s electrical experiments opened up vast tracts of chemistry, physics and technology, culminating in the 1980s with the discovery of fullerenes and carbon nanotubes. I don’t know about you, but I suspect he would have loved XKCD.