Science is very much on the agenda in the UK

Science is very much on the agenda in the UK, with many a report being launched during the last month. Among them (in no particular order) were: 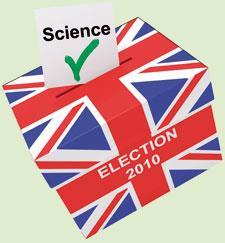 These reports were very varied in their nature, purpose and audience - some political, with a clear aim to influence politicians and their decisions; some from a societal standpoint, seeking to engage with the man in the street; and others from an educational point of view, looking to promote a robust education system in which to raise the scientists of the future. But the underlying theme in all is the importance of science and technology in the UK, and they represent a positive step towards creating a vision for the future of UK science and the future of this nation.

The fact that these organisations have collated their views of this future and presented them to educate voters and influence politicians and decision makers is laudable, but will these reports be heeded? I believe they will. Science matters and politicians know it.

Indeed, ahead of the forthcoming general election, the Royal Society of Chemistry organised a debate entitled Science and the general election 2010  which saw Lord Drayson (Labour minister for science and innovation) go head-to-head against his political opponents Adam Afriyie (Conservative shadow minister for science and innovation) and Evan Harris (Liberal Democrat spokesperson for science and technology). ’Science IS an election issue,’ Drayson said on Twitter just before the event kicked off and, minutes later, the audience in the House of Commons were all witnesses that the future of science features highly in the three political parties’ manifestos. In spite of the differences in strategy, the three politicians agreed that science research and innovation are essential for economic recovery, driving forces for any future growth and key to creating a robust economic base to allow us to face the challenges that lie ahead.

And these are not few. The fundamental goal is that the UK remains a global innovation leader, but its position is said to be under threat, especially if measures taken to pull the UK out of the recession involve significant cuts to research investment.

If nothing else, these reports and debates have successfully highlighted the fact that science will be crucial in the election. So much so that the drive to make science an election issue has been labelled ’geeking the vote’. Possibly targeting the younger voter and light-hearted it may be, but a serious message does lie at its heart - science is crucial to the economy and future of the UK, and politicians would do well to recognise this and also the strength of support for science among the electorate.