That’s it! We’ve nearly reached the end of 2009. But what have the last few weeks of the year got in store for us? 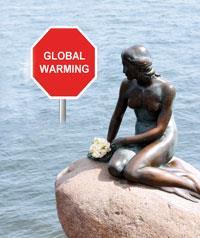 On a global scale, the Copenhagen climate negotiations are without doubt the most important event for the end of 2009. Initially, the aim had been to outline a long-term plan to avoid the harmful effects of climate change, and fashion a binding global agreement to follow on from the Kyoto Protocol. However, hopes have now crumbled after five major pre-meeting negotiating sessions saw officials fail to hammer out the details that could make Copenhagen the momentous seal-the-deal summit it was touted as.

The EU is rightly frustrated with the lack of progress, currently being one of the few partners to have shown the initiative and will to push things forward. Indeed, the EU has committed unconditionally to cutting its emissions to at least 20 per cent below 1990 levels by 2020, with a pledge to increase that figure to 30 per cent if a number of conditions are met.

It is particularly disappointing that the US is yet to put exact numbers on its emissions reduction targets or set a deadline by which to attain them. As one of the world’s largest emitters of greenhouse gases - only recently overtaken by China - one would expect the US to be at the centre of the negotiations. However, at this stage it would be no surprise if they did not come to the table with a firm proposal. After all, there is a precedent: in Kyoto in 1997 the US signed the agreement but never became partners of the pact . The question is whether the Obama administration is more likely to deliver.

There has been plenty of analysis, speculation and commentary in the media, and the overall consensus is that we shouldn’t expect too much of the Copenhagen talks . And I can’t help but wonder: is this some sort of political campaign whereby lowering the public’s expectations will minimise upheaval and dismay at the performance of our politicians, who can then go home spared the sense of failure because ’we all knew it wouldn’t happen’?

On a national level, in the UK we are following developments in the Nutt case. At the end of October, UK home secretary Alan Johnson dismissed science adviser David Nutt, chair of the Advisory Council on the Misuse of Drugs, after he became aware that Nutt questioned government drugs policy during a public lecture. A highly controversal decision, that led the scientific community, and a number of politicians, to say that the role of scientific advisers had been thrown into question. Following a cascade of resignations at the advisory council, the government is now dealing with a call for a new code of conduct for government and science advisers to be drawn up.

The implications of this case are quite serious, especially with the European Commission looking to appoint a chief scientific adviser to assist the EU’s incoming executive in science, research and innovation matters. It is essential that the matter is resolved in an exemplary manner and the UK system is upheld as a guide on which to model the European position.

So now we now look forward to 2010, with the hope that we’re past the worst of the recession and that the signs of recovery become tangible soon. Good luck to all!