The Large Hadron Collider captured the public's imagination but is it time to reconsider funding for particle physics? 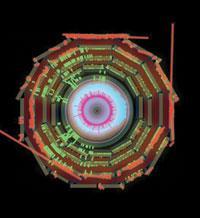 That the world did not come to an end when the Large Hadron Collider (LHC) was fired up on 10 September will not have come as a shock to readers of Chemistry World. Blanket media coverage of the news was, however, pleasantly surprising.
Though the collider is now down for repairs for several months, and key experiments are not set to run for at least a year, the scale and ambition of the project clearly captured the public’s imagination.
But the particle accelerator’s price tag - around ?3 billion for the collider and detectors plus running costs - has come under close scrutiny, most notably from the UK government’s former chief scientific adviser, surface chemist David King.
Speaking a couple of days ahead of the LHC’s landmark moment, King questioned whether the hunt for the Higgs boson should be a priority for a planet facing potentially catastrophic climate change. He also suggested that in future, the most brilliant minds and the lion’s share of funding should be directed towards ’bigger challenges where the outcome for our civilisation is really crucial’.
The idea that less money should be spent on particle physics may resonate with chemists - particularly in the UK, where many are currently struggling to get science funded by the Engineering and Physical Sciences Research Council (EPSRC), the main public funder of UK chemistry research.
And few doubt the importance of producing energy more cleanly and finding better ways of capturing and storing the carbon produced by burning fossil fuels.
It’s not clear, though, that cutting cash for particle physics will help to solve any of these problems.
Firstly, there’s no guarantee that funding some areas more generously with a view to getting fast, applicable results will attract the sort of people that King wants fighting climate change. Brilliant minds have a proclivity for pursuing problems that they find interesting. Dangling the carrot of funding may not work.
Secondly, hitting fields such as particle physics and astronomy could backfire. While the numbers pursuing chemistry at school and university have seen a welcome rise, there are signs that the growth hasn’t kept pace with other subjects (see p10). The type of big science carried out at colliders and telescopes help to recruit not just the physicists of the future but chemists and biologists too. With the LHC poised (possibly) to unveil some of the secrets of creation, cutting funds would be a public smackdown of inspiring fundamental research.
Thirdly, thanks to King and others, decision-makers are now taking climate change seriously. Carbon capture and storage is getting off the ground in Europe, albeit still far too slowly (see p6). In the US, the world’s science and technology powerhouse, both presidential candidates are backing clean energy (see p50). Whether their promises are backed up by hard cash remains to be seen but in comparison to the money that will be needed to tackle climate change, the LHC’s budget is small beans.
Finally, attempting to second guess where the next important innovation will come from and throwing money at it might be attractive to civil servants, but rarely pays dividends. Worse, in the UK the approach seems to be leading to a reluctance to fund the sort of world-class basic chemistry research that might make a difference to the problems of climate change in the future.
King is right to question funding priorities. But diverting money from particle physics would send the wrong message.