This month's issue focuses on health

This month’s issue focuses on health and we will be exploring matters relating to healthcare, the pharmaceutical industry, and recent medical advances. 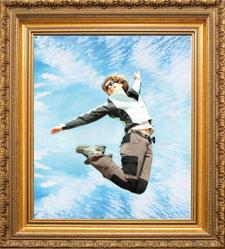 In Medicine made to measure  we look at the possibilities that genomics and personalised medicine - tailored to suit the patient’s genetic makeup - may offer. This year marks the 10th anniversary of the first draft of the human genome, so it is time to take stock and evaluate what has been achieved. Some may be disappointed that the expectations of the genomic era have not yet been fully realised; however, comments such as ’a historic point in the record of humanity’ or ’a revolution in human health’ used to describe this breakthrough still ring true and research in this field has exploded in the past decade. But the question remains: will personalised medicine become available to the masses, or remain a niche corner of healthcare?

We delve into the power of the brain and the science of forgetting in Roadblock on memory lane   (see p46). Researchers are working on developing drugs that can erase the fear associated with traumatic events, but the hope is that phobias and addictions could also be treated using this approach.

I spy with my MRI  is a tribute to the researchers that keep pushing the boundaries of magnetic resonance imaging and hope to expand the clinical applications of this technique to help pinpoint early stages of diseases such as Alzheimer’s.

We also look at the recent past with a feature celebrating the achievements of Dorothy Hodgkin, the English chemist and x-ray crystallography pioneer who went on to elucidate the molecular structures of compounds such as insulin, penicillin and cholesterol.

To add to this, we have three special reports:

We also have interviews with two key figures of the UK healthcare landscape. The first is Sir Andrew Dillon, chief executive of the National Institute for Health and Clinical Excellence (NICE). He talks about issues as diverse as the new coalition government’s plans for NICE, the institute’s international role and how it can help the pharmaceutical industry.

The second is with Sir Mark Walport, chief executive of the Wellcome Trust, one of the largest independent science funding bodies in the world. He tells us about the trust’s independence, its desire to support the brightest minds and whether the government’s proposed budget cuts could affect its policies.

So please go ahead and turn the page; we hope you enjoy this health special issue.