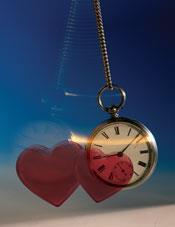 This month’s Totally Synthetic (p32) is all about pheromones and smells, which set me to thinking about two very interesting papers I recently saw. The first  describes how the hormone oxytocin can be used as an aid for hypnotic suggestion.1 A quick Wikipedia search shows that oxytocin is a nonapeptide ’that acts primarily as a neuromodulator in the brain’ and is best known for its role in female reproduction. In fact, it is often referred to as the ’love hormone’ and it is alleged that it plays a role in various social behaviours.

During this study the researchers tried to hypnotise 40 men that scored poorly in a test for hypnotisability. Of these, 19 received a nasal spray containing the offending hormone and the rest a placebo. The results are interesting: eight of those receiving the hormone went from low to medium levels of hypnotisability compared with just three using the placebo. The suggestion here is that the subjects’ trust in the hypnotist may be enhanced by oxytocin, promoting a more positive response. This is consistent with previous research where nasally administered oxytocin had also been reported to reduce fear in investment games.2

The second paper describes how the polymer polydimethylsiloxane has been used to create a matrix of cells, each holding a different fragrance, which can then be heated to release an odour to match a visual clue.3 The potential application of this is to enhance virtual reality experiences when watching TV.

The question in my mind is: Could we develop both areas of research together and create a series of chemicals to be released on cue to manipulate or alter behaviours or moods?

Fragrances can be evocative and fun so imagine releasing the smell of fresh bread in shops where bread is no longer prepared, or of freshly cut grass while the final of the Wimbledon tennis championship is being played on the TV. No harm done here, although some may argue that the former example is deceitful.

Exposure to naturally occurring hormones and pheromones that influence behaviour is already well documented. Oxytocin is yet another example where exposure has potentially positive clinical implications for patients with mental disorders that are associated with social dysfunctions (eg autism) and for those receiving hypnotic treatment for addiction or to assist anaesthesia. No harm done here either. But let’s take it a step further. If we could make chemicals that subliminally modulate other behaviours such as aggression and these substances were to be released without the recipients’ consent or knowledge, malicious individuals could potentially induce actions that could be exploited. Shopping centres, the boardroom, political addresses are all places that come to mind. Of course, this would be highly unethical and it would have to be tightly controlled. Conversely, releasing chemicals that induce serenity, harmony and patience would make for a very pleasant boardroom experience...