Evidence in the fake news era

Independent scientific advice is about to collide with partisan politics

The US government has a long history of using scientific evidence to guide its policymaking. In 1863, Abraham Lincoln signed the order to create the National Academy of Sciences (NAS), instructing it to ‘investigate, examine, experiment, and report upon any subject of science or art’ on behalf of the government. Since then, it has become an invaluable source of independent advice on science and technology. 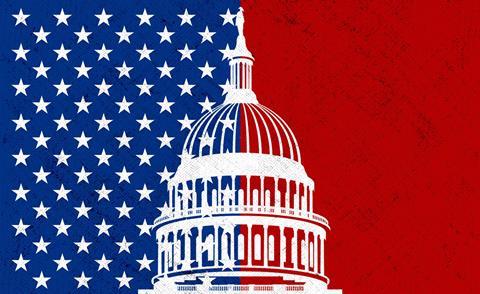 Whether policymakers heed that advice is another matter entirely. The current incumbent of the White House, for example, doubts that humans have any influence on the world’s changing climate, despite the towering ziggurats of evidence to the contrary.

Is it possible that policymakers are simply not able to access the evidence they need to help them formulate their policies? The American Association for the Advancement of Science (AAAS) thinks so. That’s why it set up the Center for Scientific Evidence in Public Issues (EPI), which opened for business on 24 September, backed by a range of top-drawer funders including Gordon and Betty Moore, Alfred P. Sloan and the Chan Zuckerberg Initiative.

Its intention is laudable. After all, ensuring that politicians and government officials can access relevant information is one of the best ways to help them make better decisions. But in today’s hyper-partisan political culture, the EPI will face enormous challenges. All too often, policymakers are well aware of the evidence on a particular issue – the problem is they just don’t want to hear it.

Standing out from the crowd

The NAS already produces weighty reports for policymakers, but these can take years to gestate. The EPI, in contrast, wants to be much more nimble, able to draw on the expertise of AAAS members to produce briefings for policymakers in short order. And that’s not just written material – the centre also plans to run workshops and use dialogue to foster trust between scientists and policymakers.

Another of the EPI’s goals is to build a communications strategy into every project from the beginning, so that it can target specific messages at distinct audiences through a variety of channels. To that end, they will be working with another AAAS initiative called SciLine, conveniently situated just down the hall. Launched in October 2017, SciLine aims to put non-specialist journalists in touch with scientists when they cover science stories, and early reports suggest that journalists have welcomed it as a useful resource.

It’s not yet clear whether there is the same demand from policymakers. Federal politicians are certainly a primary target, but the EPI could get more traction with state and city officials, who may have fewer avenues to access this kind of evidence synthesis. Meanwhile, it will have to work hard to be heard above the cacophony of scientific advice pouring out of hundreds of topic-specific advocacy groups, the NAS, the US government’s own Office of Science and Technology Policy and the AAAS itself.

Michael Fernandez, the centre’s director, tells me it will not shy away from controversial topics. For example, he expects that they will tackle issues around gun violence at some point, perhaps by highlighting gaps in the evidence about particular policy interventions.

Still, he acknowledges that it will be difficult to present evidence on such hot-button topics in a neutral way. Indeed, the centre’s success will rest on it being viewed as a non-partisan source of evidence, rather than a mouthpiece for political recommendations.

Yet despite striving for impartiality, the centre is clearly an advocacy effort: it is lobbying for the value of evidence in making policy. And unfortunately, the US’ current political climate makes that a partisan position.

Take research on gun violence. On average, more than 300 Americans are injured by firearms every day, about 100 of them fatally, as a result of murders, suicide attempts or accidents. This is, at the very least, a major public health problem.

But for years, the US government has gone out of its way to limit the amount of evidence available to policymakers on this issue. For example, it has severely constrained funders like the Centers for Disease Control and Prevention from supporting firearms research. That leads to a dearth of information about the potential impact of new gun policies, such as arming schoolteachers.

Or take the case of the Environmental Protection Agency (EPA). On the campaign trail, Donald Trump had promised to scrap the agency. Instead, he appointed Scott Pruitt to lead it, someone with a long history of litigating to block EPA regulations. Pruitt has led a systematic campaign to undermine and obfuscate evidence produced by the agency’s scientists. In April, he unveiled a proposal that would require the EPA to make public the raw data behind any studies used to develop its regulations. On the face of it, this looked like a move to greater transparency – except the pending rule would effectively prevent the use of studies based on epidemiological data that includes confidential medical details, crippling the agency’s efforts.

It’s important to recognise that this is not a problem intrinsic to the Republican party. Lincoln was a Republican; so too was the president who proposed the creation of the EPA, Richard Nixon. But at a time when politicians with itchy Twitter fingers simply dismiss any facts that do not fit their worldview, I fear it won’t be long before the EPI is tarred as a purveyor of ‘fake science’.