Cheating on emissions tests means cheating people of their health 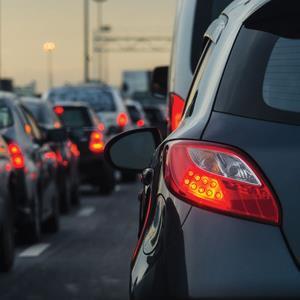 A carmaker once had an issue with emissions
So got around this with a software addition
When testing took place
Of NOx, there was no trace
But road tests resulted in VW’s contrition

As national poetry week has just been and gone I thought I’d start with my own little limerick (if you have a chemistry poem that you’d like to share please submit it to the letters page). But the subject is a serious one. A scandal that started with Volkswagen has grown and now more than 10 car firms have now been accused of manufacturing engines that emit far more nitrogen oxides (NOx) on the road than lab tests suggests they should.

Why does this even matter though? So a few car models didn’t pass the test thresholds of some pencil pusher at a job-killing environmental agency. What’s the harm?

Air pollution matters. It’s a huge killer and contributes to one in eight deaths worldwide. In 2012 air pollution was behind 7 million deaths, half of which can be traced back to outdoor pollution (burning solid fuel in poorly ventilated homes is responsible for the other half).

So far, the Environmental Protection Agency (EPA) has concluded that around half a million Volkswagen cars on the road in the US would fail its NOx tests. Volkswagen has admitted that around 11 million cars around the world may contain the defeat device, which means that by one estimate almost a million tonnes of extra NOx is emitted each year by these engines if the EPA’s standards – some of the toughest in the world – are used as a baseline. While these figures are a worst case scenario, they go some way to explaining why cities around the world have found NOx pollution so difficult to rein in.

By treating these emissions limits as an annoying inconvenience, Volkswagen has added to pollution that forms ground-level ozone and other toxic products. These chemicals can aggravate chronic illnesses such as asthma, bronchitis and emphysema. By cheating on these tests Volkswagen has contributed to cheating many people around world of their health. Those firms that want to dodge environmental rules should remember that we all have to breathe the same air.