Experiments beyond the laboratory

Real world ‘experiments’ are a much needed link between scientists and society, argues Matthias Gross

Conceptualising processes outside the laboratory as ‘experiments’ may seem odd, but the idea goes back at least to Francis Bacon. On the one hand, the experimenter’s realm was to be viewed as distinct from the world of the objects experimented upon. On the other, Bacon argued that approval of the experimental method in science would turn society itself into a large-scale experiment. 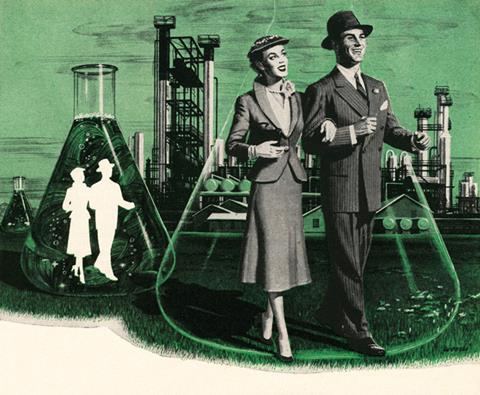 Real world â€˜experimentsâ€™ should be carefully planned and democratically supported

The recent upsurge in debate about technologies as social experiments, real world experiments in public participation and so-called ‘urban laboratories’ as elements in planning city spaces has created need for clarification. What is the usefulness of talking about society as a laboratory? What are the essential features of an experiment when it is not taking place in such clearly defined institutional realms?

Locked away in the lab

First of all, the laboratory confines the practical problems and risks of research within its walls, away from wider society. Only as accidents do the effects of laboratory experiments have a direct and immediate influence on the public. Deliberately designed real world experiments necessarily subvert this norm.

Furthermore, they at least partially unload some of the uncertainties of research into social systems. This changes many things. The line between experimental subject and object, for example, becomes blurred. Additionally, key premises relating to scientific predictability, certainty and experimental repeatability are altered.

A lot of the current initiatives in urban planning and participatory research also locate the planned unexpectedness of experiments at the core of their strategies, while giving it a positive attitude. An experiment in society might then be defined as a cautiously observed venture into the unknown and deliberately arranged to generate surprising events in order to learn from them. If we take this definition as the core of experimentation, real world experiments look quite similar to laboratory experiments. The clear communication of risks and unknowns in public can then be seen as a form of hypothesis building. If the real world experiment fails, the experimenters as well as a concerned public know that their hypotheses have been falsified, and by extension the experiment was a success.

It is this seemingly paradoxical element of success in failure that makes the notion of experiments in society or a laboratory in society useful as a metaphorical framework. It may seem counterintuitive in a society obsessed with safety, resilience, precaution and risk avoidance, but this framework opens up new horizons of thinking and acting while coping with the unavoidable uncertainties and ignorance in many areas of research.

Experimentation outside the laboratory is characterised by knowledge based on the most generalised principles, often taken from laboratory models. Such principles are crucial for planning any type of scientific intervention. But knowledge that is highly site specific is also needed, as unexpected problems may occur during operation in a human community. Unfortunately, such knowledge often does not exist, while generalised knowledge does not yield the specific information required for a concerned public.

To learn about site specifics, we must leave the unburdened locales of the laboratory and move into the real world – that is, the ‘fuzzy’ world of economic interests, policy making and stakeholder participation. This involves complex combinations of social and natural factors. Such forms of experimentation are not trial and error processes or tinkering around. They need clear rules and prerequisites. It must be apparent, for example, that other responsible means for gaining the new knowledge needed to move forward do not exist or are otherwise unavailable. Of course, real world experimentation must not have lower standards of safety – quite the contrary, the containment of hazards is crucial, and there must be clear social benefits. These forms of experiments in society thus ask for very carefully planned and democratically supported processes. They may yet be rendered the ‘acid test’ of experimentation.

Taking this view on experiments in society means that they are the ‘real’ experiments, because they not only involve scientists but also the wider society as ‘co-experimenters’. One may even provocatively say that experimental science taking place in and with society demands higher epistemic standards of research – the researchers need to convince not only their scientific peers but also the wider public. This may amount to little more than re-phrasing otherwise well-established forms of public science, but real world experiments, thus understood, can be an important tool to communicating unavoidable uncertainties inherent in any form of science and technology development. Experimenting in society, therefore, should not be considered an inferior form of experimenting, but an important part, or ‘extension’, of scientific activities. It is able to deliver information and social acceptance that cannot be derived from controlled laboratory experiments. Debates on real world experiments thus take seriously the democratic call for public participation and help to clarify the close coupling between research and society both for a concerned public and for the scientists involved in the research.

Matthias Gross is professor of environmental sociology at the Helmholtz Centre for Environmental Research UFZ in Leipzig and – by joint appointment – the University of Jena, Germany